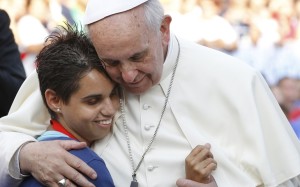 According to the Prefecture of the Papal Household an estimated 5,916,800 people attended gatherings led by Pope Francis.

The figure is slightly lower than 2013, the year Pope Francis was elected, when 6,600,000 people attended papal events at the Vatican.

These figures do not include those who attended papal events outside the Vatican, such the Pope’s visits to Turkey and the Middle East.