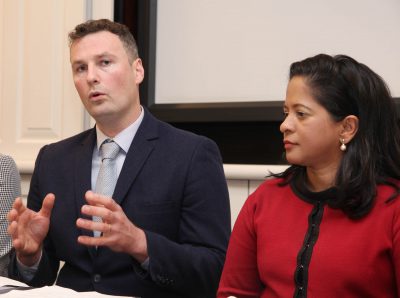 Legislation allowing for abortion up to 12 weeks of pregnancy passed committee stage on Thursday with the Minister for Health failing to accept any of the amendments put forward by pro-life TDs.

In all, 180 proposed amendments to the Health (Regulation of Termination of Pregnancy) Bill 2018 were discussed by the Oireachtas Health Committee this week.

Just one amendment was accepted by the committee concerning a review of the legislation in five years’ time.

Despite attempts by Independent TD Mattie McGrath to secure amendments in relation to conscientious objection, Minister for Health Simon Harris insisted that medical practitioners who objected on such grounds would have to ensure that the patient seeking an abortion was transferred to a colleague willing to deal with an abortion.

Minister Harris said there would not be “any pressure on staff to in any way negate their conscientious objection”.

Meanwhile, 640 GPs have signed a petition over the past two weeks raising serious concerns about the government’s plan to press ahead with a GP-led abortion service without ever discussing the issue with GPs on the ground.

At a press conference on Wednesday, representatives for the GPs said they were angered by the fact that before announcing that there would be a GP-led service, the Minister for Health never consulted with doctors. Instead, Minister Harris broke the news to GPs through the media. 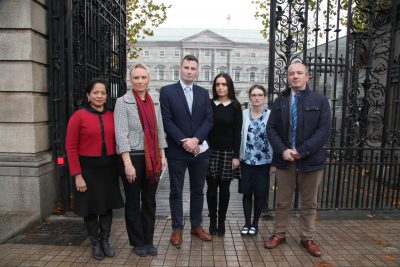 Many of the GPs do not believe general practice is the appropriate setting in which to deliver abortion because of lack of capacity in an already overstretched environment, lack of training and availability of ultrasound, and delivering on genuine freedom of conscience protections for doctors who don’t want to be involved in overseeing abortions taking place.

According to the doctors, from 1 January 2019, GPs who refuse to facilitate abortions taking place could face being struck off the medical register and losing their careers.

GPs who hold that defining abortion as “a procedure intended to end the life” of an unborn is not genuine healthcare will be compelled to surrender their clinical judgement and get in line with the new law, they warned.

They also warned on Wednesday that there is “a serious crisis emerging in the roll-out of abortion services” less than two months before the new legislation is due to come into force.

Dr Andrew O’Regan and Dr Aisling Bastable have called on the Taoiseach and the leader of the Opposition, FF leader, Micheál Martin to meet them in the coming days to discuss the situation.