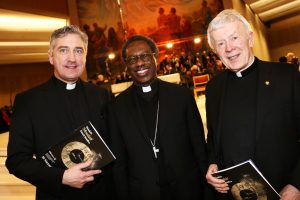 The recent sell-out performance of Handel’s Messiah at Knock Basilica will be broadcast on RTÉ’s Lyric FM on Christmas Day.

Over 3,000 people from all over Ireland, the UK and further afield attended the performance, which took place on Saturday last.

They were joined by Archbishop Jude Thaddeus Okolo, the Papal Nuncio, and Archbishop Michael Neary of Tuam. 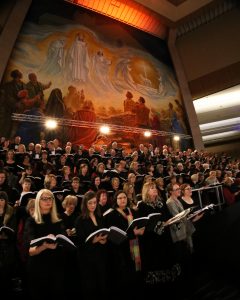 Speaking following the performance, Rector of Knock Fr Richard Gibbons said the concert was “the culmination of 11 months of careful planning by many people in many areas”.

He paid tribute to Knock Shrine staff and the many volunteers and local businesses who contributed to the success of the evening.

The concert, presented by Liz Nolan, will be broadcast on Christmas Day at 1pm on RTÉ Lyric FM.