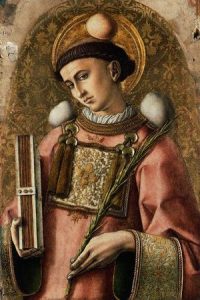 During 2016 some 28 Catholic pastoral care workers were killed worldwide. America saw most deaths with nine priests murdered – more than double the number in 2015. This is the eighth consecutive year that America has seen an increase.

Pastoral care workers were killed in:

– Europe: one priest was killed. 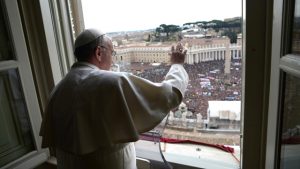 On the feast of St. Stephen (26 December), Pope Francis stated at the Angelus: “the world hates Christians for the same reason it hated Jesus because He brought the light of God and the world prefers the darkness to hide its wicked works.”

Agenzia Fides reported that the majority of the pastoral care workers were killed in attempted robbery, as has been the case in previous years. For example, in 2013 a Mayo woman working at an orphanage in Haiti was attacked during a robbery which left her colleague dead.

Gena Heraty, who had worked for 20 years with International Aid Agency Nos Petits Freres et Soeurs (Our Little Brothers and Sisters), stated that she knew that her attackers were looking for money, and in particular looking for her because she was the person perceived as having money. The burglars got away with some cash that she had received from Westport.

Many of the priests, religious sisters and lay people who were killed had denounced injustice, corruption and poverty in the name of the Gospel.

For example, Fr. José Luis Sánchez Ruiz, of the Diocese of San Andres Tuxtla (Veracruz, Mexico) was kidnapped and then released two days later with “obvious signs of torture”, according to a statement from the diocese. 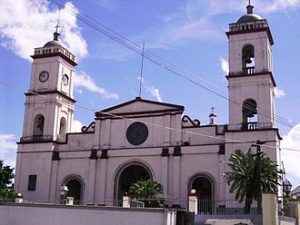 In the days before the kidnapping he had received threats because of his criticism of corruption and rampant crime (see Agenzia Fides, 14 November 2016). The diocesan priest works in the Diocese of San Andres Tuxtla (Veracruz, Mexico) and his bishop, Fidencio Lopez Plaza, at the time thanked the authorities for their interest, saying he awaits the conclusions of the prosecutor to clarify the facts.

The abduction and torture of Father Sanchez followed the murder of at least 15 priests in the past four years, according to the Centro Católico Multimedial. Local papers reported that citizens had complained about the lack of security and the arrogance of organised criminals. Agenzia Fides has often reported that the Mexican states of Veracruz, Guerrero and Michoacán are the most violent regions even for priests.

The deceased mentioned in the report had lived among the people in their areas, administering sacraments, helping the poor, taking care of orphans and drug addicts and opening their doors to those in need, or carrying out specific development projects.

Some were murdered by the same people they helped. Few investigations by local authorities have led to convictions or answers as to why the killings were carried out.

The fate of many other pastoral care workers kidnapped or who have disappeared is also unknown.

Of increasing concern is the killing of pastoral care workers simply because of their faith. For example, during Mass in Summer 2016 at a church in a suburb of Rouen, France, an 84-year-old priest, Fr Jacques Hamel, had his throat slit during a morning Mass and four other people were taken hostage by two armed men who said they were from Islamic State (IS). 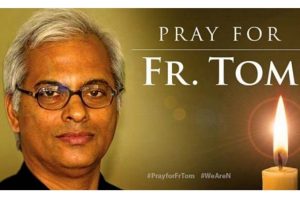 Just this week the Salesians in south Asia called on their communities around the world to keep 4 January as a Day of Prayer for the release of Father Tom Uzhunnalil, a missionary kidnapped ten months ago in Yemen. Recently he seemed to have been featured on a video begging for his life.

Fr Tom Uzhunnalil was taken on 4 March 2016 by a militant Islamic group which broke into a home for the sick and elderly run by the Blessed Mother Teresa’s Missionaries of Charity in Aden, in southwest Yemen. Four sisters and twelve lay people were killed in the attack.

Pope Francis has said that: “Today there are Christians who are murdered, tortured, imprisoned, slaughtered because they do not deny Jesus Christ … the martyrs of today are more numerous than those of the first centuries.”

The provisional list is compiled annually by Agenzia Fides, and only includes the known killings and those that have been reported. There are many more in every corner of the world who suffer and even pay with their lives for their faith in Christ, according to the news agency.