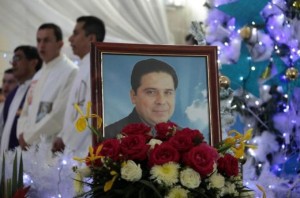 The number of pastoral workers who died as a result of violence or due to infection by Ebola last year was 26, an increase on 2013.

According to new figures released in the annual report of Fides, the news agency of the Congregation for the Evangelisation of Peoples, 17 priests, one religious brother, six religious women, a seminarian and a lay person died violently around the world in 2014.

In 2013, the number of church workers who died violently was 23.

For the sixth year running, the majority of those who died (14) were killed in the Americas, followed by Africa, Asia, Oceania and Europe.

Many of those killed in Africa succumbed to Ebola, which has infected more than 20,000 people so far this year.

As the Prior General of the Hospitallers of St John of God, Fr Jesus Etayo said 18 of the order’s religious and lay workers at Catholic hospitals in Liberia and Sierra Leone “gave their lives for others like Christ.”

The report also recalls the unknown fate of three Assumptionist priests from Congo who were kidnapped in October 2012 and of Italian Jesuit Fr Paolo Dall’Oglio who was abducted in Syria in 2013.

Nothing is known either about the fate of Indian Jesuit Fr Alexis Prem Kumar, kidnapped in June 2014 in Herat. He was the director of Jesuit Refugee Service in Afghanistan.

Nine priests have been killed in Mexico in the past two years and two more remain missing.