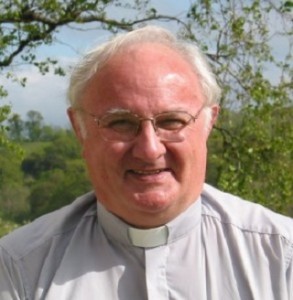 The new evangelisation is already underway in Cloyne according to one of the diocese’s leading clerics.

In a homily at a Mass to mark the feastday of St Colman, concelebrated with Bishop William Crean, Archdeacon Gerard Casey spoke about three of the several initiatives in the diocese which indicate the level of spiritual hunger among people.

Speaking in St Colman’s Cathedral in Cobh on Tuesday, Archdeacon Casey said, “If God so blessed the mission of St Colman and St Colmcille and St Columbanus, God can place the same Holy Spirit at the heart of our mission today.”

“The most significant perhaps, is the first: getting to know your faith,” he said.

In the diocese of Cloyne, he pointed out that close on 100 people have committed themselves to weekly guided study of the Catechism of the Catholic Church, a three year in-depth course on deepening their knowledge of their faith.

Separately, demand for The Family Prayer Book has exceeded 22,000 copies since it was launched last year.

“This level of interest indicates a hunger in the hearts of many for a new spirit in their lives,” Archdeacon Casey said.

He also highlighted that 23,000 ‘Confession Cards’ are being distributed throughout the diocese to aid people’s preparation for Christmas Confession.

Recalling the astonishing results of the missionary efforts undertaken by St Patrick and St Colmcille and St Columbanus, and their many colleagues, he said these results were born of faith and courage.

“Let that faith and courage be ours in our time, in a new evangelisation to renew the face of the earth,” he urged.

St Colman founded his monastery at Cloyne in 561AD, one hundred years after the death of St Patrick.

“Such was the energy of his mission that by his death sixty monastic communities would be founded throughout Scotland and Northern England,” Fr Casey noted.

St Columbanus, who was born forty years after Colmcille, was probably the greatest Irish missionary, he said.

He recalled how the Saint had set out from Bangor with twelve disciples in 590AD. He landed in Brittany, and would go on to establish monasteries at Annagrey, Fontains, Luxeuil and Bobbio in the 25 years before he died in 651AD.

From these monasteries and their subsidiary foundations, the faith was replanted in a Europe where it had been wiped out by the barbarian invasions after the fall of the Roman Empire.

“Spreading faith, evangelisation as it is called, has a long tradition in the Irish psyche,” Archdeacon Casey said as he recalled the missionary impact of the last century, when great numbers of missionaries went out from Ireland in the 1900s to every nation on the planet.

He paid tribute to the Maynooth Missions to China, founded by two priests, Edward Galvin and John Blowick, now under the mantle of St Columban; St Patrick’s Missionary Society in Kiltegan; the Society of the African Missions;  Religious Orders and their the missions to Africa, India, Japan South America, Australia which were missonised by Irish diocesan priests since 1838; United States of America and Britain were sustained by our priests, brothers and nuns; Nuns and brothers who taught and still teach in these lands.  They are our neighbours, our families, our heroes.  And the faith that set them on fire for these missions was born in the homes of Ireland, supported by the families of Ireland.

The new evangelisation, he emphasised, is about recovering the missionary vocation of everyone.

“This has become the mission and vision for the Church of our time,” he said.