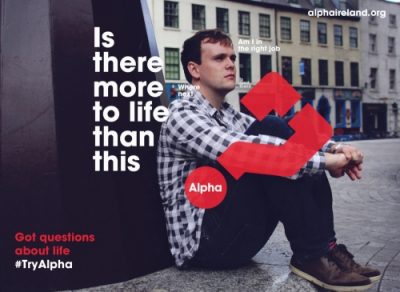 2018 was a good year for Alpha Ireland, with more than 4000 people attending Alpha courses, but the real breakthrough according to Alpha leader, Dominic Perrem, has been how Alpha is growing in the Catholic Church.

“Before we were working in [Catholic] schools, but now we’ve formed partnerships with parishes and dioceses and that’s our big change,” he told CatholicIreland.net.

An example of this is the partnership Alpha has struck up with the Bishop of Waterford and Lismore, Alphonsus Cullinan. Together they have hired a diocesan worker to spread Alpha across the diocese in school and parish contexts. “There’s a massive new start in terms of evangelisation being driven not just by us but by the Catholic hierarchy,” commented Mr Perrem.

The fruits of this can be seen in the impressions of participants, like that of a teenager from Waterpark College in Waterford who wrote: “God is like a Dad to me – and since I never had a Dad he fills up this massive hole in my heart.” A parish that recently finished their first Holy Spirit Weekend in Waterford, wrote: “It was extraordinary in so many ways. Please pray that new leaders will arise after Alpha … the first of many Alphas!”

In 2018 over 2000 people attended the Alpha Youth Film Series, which ran in over 80 parishes and churches. The course is running in schools in Sligo and ecumenical Alphas are running in Cork, with Anglican and Catholic parishes working together.

“It’s just marvellous to see. We’re just sitting in amazement watching the green shoots coming from people’s hearts because we all know and realise now that we are a mission field in Ireland and if we don’t do something now to reach those who don’t know God at all then we are not going to get anywhere,” said Mr Perrem, a presenter on Spirit Radio. 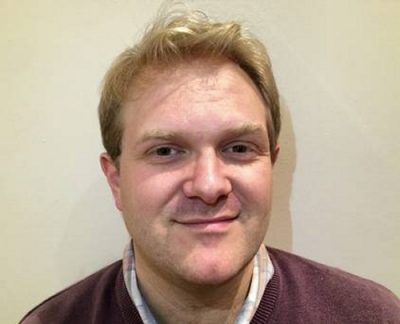 Alpha is a series of sessions exploring the Christian faith, typically run over 11 weeks. Each talk looks at a different question around faith and is designed to create conversation. The course is run all around the globe in cafés, churches, universities and homes. An integral part of the course is a meal and the welcome that leaders give participants.

It is quite simple to run an Alpha course, says Perrem, and all the details, including the videos are available online at www.alphaireland.org, but leaders need to be prepared.

“We offer training and we’ll come and show you how to organise yourself, your schedule, how to invite people in, how to welcome them and most importantly how to listen to them in a small group. Often people come to faith over a meal but they really come to know God by someone sitting there and listening to them as they go through in their own minds what they have heard in the talk.”

People who want to share the Gospel message are often in a hurry, he admits. “We are so impatient – we think I just want to tell someone the message and if they don’t want to listen to me, I won’t push too hard and I’ll just leave it.”  Instead an Alpha course starts where people are at. The first session entitled ‘Is there more to life than this?’ is the question “most people want to ask”, he says. From this you move on to say that Jesus is real.

The challenge is to form connect or community groups that continue to meet after the course, he admits. “In AIpha we are trying to find those parishes that want to think long term. You might  have 25 to 40 people who come through [the course] who are so excited and they say, ‘What’s next?’ That can be a great challenge. For the first time they feel they belong to something and they want more but the real key is that we’re going to build a pattern of life.”

Alpha is a sort of funnel, but you have to make sure that that funnel is leading somewhere, he added.