Up to 2000 feared dead in Boko Haram attack 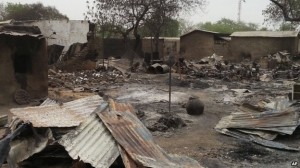 According to The Guardian newspaper, Sunday’s attack came a day after another bomb attack involving 10-year-old girl which killed at least 16 in Borno state.

It is the latest atrocity in what has been a week of some of the worst violence yet by Boko Haram.

Several churches were burned and up to 2,000 people were killed in attacks during the week in the city of Baga and in the surrounding villages in the Nigerian state of Borno.

“I received a message of the Association of Christian churches in Nigeria which states that in that area Boko Haram has burned several churches and caused numerous victims,” Fr Patrick Tor Alumuku, Director of Social Communications of the Archdiocese of Abuja, the federal capital of Nigeria told Agenzia Fides.

The news agency reported that a Boko Haram group attacked Baga town after it had attacked the multinational military task force base which had been ensuring the safety of the area.

Official Nigerian media reported that 100 people have died in the Baga attack.

“In general the national media tend to reduce the number of victims so as not to further inflame minds” said Fr Patrick Tor Alumuku.

“One must bare in mind that the presidential election campaign for February has opened this week. The situation is particularly delicate.”

The BBC quoted a senior government official in the area stating that fleeing residents told him that Baga, which had a population of about 10,000, was now “virtually non-existent”, and that it has been “burnt down.”

Amnesty International put the death toll at up to 2,000. In its press release on 9 January, Amnesty described the actions of the militants as a massacre which was possibly the “deadliest” in Boko Haram’s history.

“The attack on Baga and surrounding towns, looks as if it could be Boko Haram’s deadliest act in a catalogue of increasingly heinous attacks carried out by the group.”

“If reports that the town was largely razed to the ground and that hundreds or even as many as two thousand civilians were killed are true, this marks a disturbing and bloody escalation of Boko Haram’s ongoing onslaught against the civilian population,” said Daniel Eyre, Nigeria researcher for Amnesty International.

“We are currently working to find out more details of what happened during the attack on Baga and the surrounding area. This attack reiterates the urgent need for Boko Haram to stop the senseless killing of civilians and for the Nigerian government to take measures to protect a population who live in constant fear of such attacks,” said Daniel Eyre. 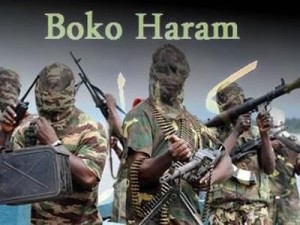 Amnesty stated that since 2009, Boko Haram has deliberately targeted civilians through raids and bomb attacks, both of which have been increasing in frequency and severity.

The humanitarian body added that it has gathered evidence which indicates that Boko Haram have committed war crimes and crimes against humanity and that the guilty should be brought to justice by the Nigerian Government.

Fr Patrick Tor Alumuku concluded that Boko Haram has been strengthened by jihadist members from Libya and Mali and that their goal is to create a caliphate in northern Nigeria.

A caliphate is a form of Islamic government led by a caliph or person who claims to be a political and religious successor to the prophet Muhammad and a leader of the Muslim community.