17 men begin studies for the priesthood in Irish dioceses 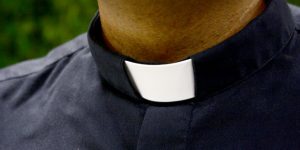 Five of the new students will undertake their formation at St Patrick’s College, Maynooth and four at Redemptoris Mater Seminary, Dundalk, while eight others have begun their propaedeutic year in locations in Ireland and abroad.

In July, the Diocese of Down and Connor announced the closure of St Malachy’s seminary in Belfast after 185 years.

The Ratio strongly recommends the introduction of a pre-seminary (propaedeutic) year for new candidates who wish to discern their priestly vocation.

In tandem with the announcement of this year’s intake of trainee priests, the bishops marked the first anniversary of the National Vocations Office, which is based in the Columba Centre, St Patrick’s College, Maynooth.

The mandate of the office is to oversee and coordinate the work of training diocesan vocation directors and the promotion of vocations to the priesthood.

Commenting on the anniversary, its coordinator, Fr Willie Purcell, said, “The National Vocations Office is a timely initiative of the bishops as it supports and affirms those who are thinking of diocesan priesthood to discern God’s call in their lives.

“It is also timely as it is the 10th anniversary of the National Year of Vocations and this month the Synod on Young People, Faith and Vocational Discernment meets in Rome.

“Its purpose is to encourage young people to look deeper into their relationship with God and follow the direction in which He is calling them.”

Fr Purcell said: “As National Vocations Coordinator I look forward to the office being a resource for initiatives and formation for our vocations directors and those discerning God’s call to diocesan priesthood.”

Building on the momentum of the very successful World Meeting of Families and Papal Visit by Pope Francis, the National Office is organising a national ‘Come and See’ vocations exploration retreat on 23 and 24 November.

The National Vocations Office will be supporting all diocesan vocation directors by sending promotion material for this event to every parish priest in the country, encouraging them to find at least one young man (18 to 40) who would like to explore what is involved in becoming a diocesan priest and how to discern whether they have a vocation.

Bishop Alphonsus Cullinan, chair of the bishops’ Council for Vocations said, “I am delighted with this initiative of the National Vocations Office. While we are all aware of the great challenges facing the Church and society at this time, we know also that God the All-powerful is always with us.”

He said the ‘Come and See’ event in November invites men who sense that they may have a call to the priesthood to explore this possibility.

Dr Cullinan referred to Pope Francis’s message on the 2018 World Day of Vocations, where he encouraged the faithful “‘to learn how to view things with the eyes of faith and to keep ourselves open to the surprises of the Spirit’. I pray that many will hear God’s call and be courageous in following whatever path God puts before them.”

Last January, the President of Maynooth, Fr Michael Mullaney, told The Tablet that he was working with the trustees of Maynooth, who include the 4 archbishops and up to 13 diocesan bishops, on developing a new model of training for seminarians.

“Maynooth has to change – the seminary has to change. You have to be flexible, otherwise we are going to sink,” Fr Mullaney stressed. “Maynooth cannot just be self-preserving … We can’t be fixed in what was or what worked before – that is not the way forward,” he said.

In August 2016, Maynooth was engulfed by a scandal involving seminarians and the gay dating app Grindr. The story came to light when Archbishop Diarmuid Martin admitted he had removed Dublin’s seminarians from Maynooth and sent them to study at the Irish College in Rome. He expressed concerns over “strange goings-on” and a “poisonous” atmosphere at the Co. Kildare college.

Professor Mullany told The Tablet that he was considering a plan that would see future trainee priests spend a large part of each of their six years of training based in parishes away from the college with a more community-based input from “a good pastor/parish priest formator and with a team of lay people around him” so that seminarians are formed both in the parish and in the seminary and “the two are in very close contact”.

Other changes in the pipeline were a new formation house built on campus to cater for a smaller numbers of trainee priests.

“In the future, the seminary will be more autonomous as a house of formation based in Maynooth with its own rector and seminary staff and students, whether that is five, ten or fifteen.”