Jesus was often criticised for talking, mixing and eating 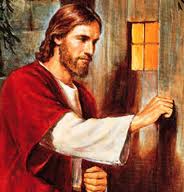 with people nobody else wanted to be seen with.
He could see through externals and facades into the hearts of others.
Jesus could intuit people’s hopes, fears, needs, selfishness and generosity. He knew which doors to knock on and which to pass by.
He was opting for open, generous hearts, not so focused on wealthy, well educated,  ‘superior’ or ‘better type’ of people.

Look, for example, at some of Jesus’ choices of disciples:

In his own times

Peter:  a stubborn fisherman who later matured into a strong leader,
Thomas the great doubter who became an example of  faith for all of us,
Matthew; a public tax-collecting pen-pusher who ended up writing a unique gospel we can all read,
Judas, ok, maybe not such a great choice, but Jesus gave him a fair chance to change. Who knows the full story?
Paul; a pharisee and a hunter of Christians who became the great missionary to the Gentiles.

In our times
Jorge Mario Bergoglio, (better known as Pope Francis,) our beloved twittering Pope (who describes himself as a ‘sinner’.)
You and Me modern day flawed people whom Jesus trusts today
Jesus saw something he could work and build on in all the above.
Jesus does not make mistakes!

Mitch Albom wrote his book: ‘Have a little faith’ in which he asked a rabbi (a jewish teacher) why he became a rabbi.
He counted the reasons on his fingers.
“Number one,     I always liked people.
“Number two,    I love gentleness.
“Number three, I have patience.
“Number four,  I love teaching.
“Number five,   I am determined in my faith.
“Number six,    it connects me to my past.
“Number seven—and lastly—it allows me to fulfil the message of our tradition:
to live good,  to do good,  and to be blessed.”
I said, “I didn’t hear God in there.”
He smiled, “God was there before number one!”

Let your face shine on us, Lord 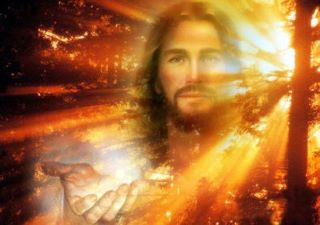 and we shall be safe,
safe now and safe forever.

Let your face shine on us Lord
in the love and care which we receive and give,
and we shall be safe,
safe now and safe forever.

And Lord, help me to always to consider the bigger picture, Amen