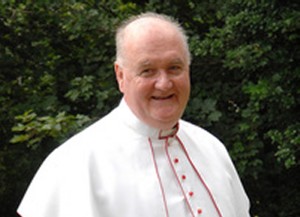 The Céili Community, established by Irish priest Monsignor Pat Lynch, is running its first course on evangelisation based at the community’s centre in Kilbeggan, Co. Westmeath this month.

The four week  residential course limited to 16 people, runs from August 24th to September 19th. Currently all places are filled bar two. Most participants are Irish with just one person coming from the US and one from Australia.

The Céili Community is a community with evagelisation at its heart.

It was begun by Mgr Pat Lynch, who at the height of the Troubles worked in a high security prison in England.  “I wondered how I could credibly bring the good news of the Gospel to those I met,” he says.

Some years later, working in the US, he read the papal encyclical Evangeli Nunciandi. “Every page of the document jumped out at me. What I wanted to do was to give some physical expression to a new community that would patent a Vatican II model of Church, with priests, religious and lay people working together.”

His desire became a reality with the formation of  the Sion Community in  England in 1984, and later in 2000  the Céilí Community in Ireland.

The name comes from “Céilí Dé” – the Community of God,  a name given to early followers of  St Patrick. Currently it is made up of ten members – priests, religious and lay people- and a wider group of “Cairde Ceílí.  It is based in Kilbeggan Co. Westmeath.

The community’s  tools  for evangelisation  are parish and school missions. Over a period of a year, a whole team will work with a parish, spending  months in preparation before the actual mission which is conducted by Céilí team members and a much larger group from the parish in question.

In this way the group have met tens of thousands of people all over Ireland since the community’s inception.  The upcoming course is a new departure.

“We are doing it to continue our own formation as a community,” Mgr Pat Lynch told CathoicIreland.net, and then to” light a light”. From their experiences of giving missions, they believe catechesis “is at a low ebb”. 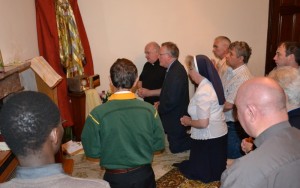 The Céili Community at Adoration

“People know very little about faith and even less about evangelisation.  We want to run this course, evaluate it and see what happens.  It is  not a big deal, but I can promise, good, solid orthodox input,” he said.

The daily programme, which will include Mass, prayer and lessons, will begin each day at 8.00am and finish at 8.00pm.   Inputs will cover prayer, catechesis on the Church and the Sacraments, on  morality and finally a study of  the documents relating to evangelisation.

The course is being run on a donation basis. “If you have nothing to give that is fine,” says Mgr Lynch, “but if you can donate a couple of hundred euro, that is fine too!”

A person wishing to apply for a place on the Missionary Disciples course should write to [email protected].