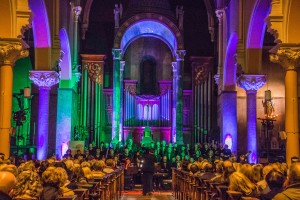 Project Messiah is to add a second performance later this year to raise money for charity.

For the third year running organisers, including the director of the much loved Palestrina Choir, Blánaid Murphy, have taken on the daunting task of recruiting members who will form a new choir.

They will learn G.F. Handel’s masterpiece The Messiah in six weeks and perform it at the start of Advent.

The call has gone out for anyone interested to join.

In the past members have ranged from professional musicians and singers to those involved in a choir and those with no experience at all but who have dreamed of performing the famous music. Up to 120 people joined last year.

“I think we are going to build on numbers this year because of the new people (already) signing up,” Deirdre Seaver told CatholicIreland.net.

She helps organise the event, is a musician herself and choral director in Sandymount parish which has both adult and children’s choirs. Fourteen members of the parish choir are joining the Project Messiah choir this year. 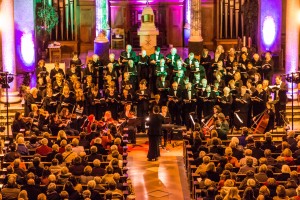 She added that one participant from last year has persuaded her friends to join her this year and some of the parents of the Palistrina choir are joining this choir again this year.

“It is about ‘pobal De’, it is about the ordinary church going people,” she said.

This year the concert will celebrate the beginning of Year of Mercy as well as of Advent on Saturday night (28 November) in the well-known Carmelite Church of Our Lady of Mount Carmel on Dublin’s Whitefriar Street. 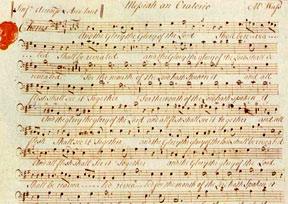 The second performance takes place on Sunday afternoon (29 November) in Our Lady of Good Counsel Parish, Mourne Road, Drimnagh and all the profits of this will go to charity.

Details of the charity were being finalised as Catholic Ireland went to print.

The effects are felt long after the performance as people bring what they learn back to their in parishes and choirs. Deirdre Seaver sees this when she goes back to her parish choir, as last year 12 people from her choir joined the Messiah Project.

“It just permeates everything to do with their singing, posture, breathing, and confidence,” she said.