Home > News > Dominican puts Christ at no 1 for Easter

Dominican puts Christ at no 1 for Easter 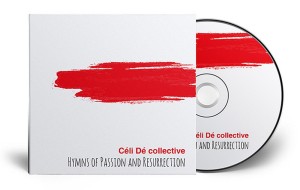 A  Dominican priest, Fr Maurice Colgan, who is the director of a summer camp for young people and families, dreamt of having ‘Christ at number one for Easter’.

With this in mind, he spoke to a number of artists, including Lorcán Mac Mathúna, and convinced them to put together an album telling the story of Easter using old and new Irish hymns.

Proceeds from the album would go to the Dominican-run Knockadoon camp.

The result is Célí Dé collective – Hymns of Passion & Resurrection which this week jumped to No 6 in the national charts, and came into the independent charts at no 1.

“I am surprised at its success, though I remember when we were recording it someone said ‘this could be the most successful album of our career’. He was right, but it was a huge surprise.”

The songs recount the story of Holy Week.

The first three tracks, Domhnach na Pailme (Palm Sunday), Duan Chroí Íosa (Hymn to the Heart of Jesus) and Deus Meus (My God) lead up to Holy Thursday and the start of the passion of Christ, with tracks Amhrán na Páise (Song on the Passion) and Críost Liom (St Patrick’s Breastplate).

On Good Friday come hymns of lament from the Mother of Jesus, Caoineadh na dTrí Muire (the Lament of the Three Marys) and Seacht nDólás na Maighdine Muire (The Seven Sorrows of Mary).

Finally, the joy of the Resurrection, of Easter, of Jesus as King, is heard in the last three tracks An tAiséirí (the Resurrection), Amhrán na Cásca (the Song of Easter) and Rí an Domhnaigh (King of Sunday). 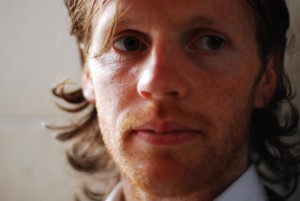 More than a dozen artists collaborated for the album, which features a mix of styles – going from the lilt of a jig for Palm Sunday to the plaintive sorrow of the songs that tell of the Passion.

“There is a lot of music on the Passion,” he said “but the Resurrection is the transforming moment. There was nothing for that. My job was to write a song capturing that moment.”

It took him about three days.

Other artists in the album include: Ide Nic Mhatúna, Dáire Bracken and Niamh Uí Bhrain.

The CD is available in music stores and online from itunes.

Proceeds from sales go to the Dominican summer camp at Knockadoon, Co Cork.