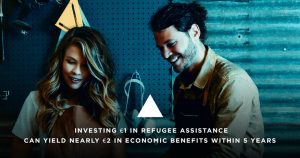 An international study launched yesterday (18 May) shows how investing €1 in welcoming refugees can yield nearly €2 in economic benefits within five years.

Philippe Legrain, the author of the report and former economic adviser to the President of the European Commission, President Barroso, said that accepting refugees and empowering them to succeed in the workplace can lead to significant economic growth. 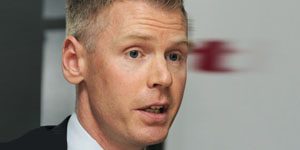 The study titled Refugees Work: a humanitarian investment that yields economic dividends, highlights how nearly one million Vietnamese ‘boat people’ fled their country in the late 70s and early 80s.

Those that arrived in the USA with little or no English now have higher employment rates and greater average incomes than people born in the USA.

Welcoming a refugee can cost up to €12,000 initially but over time they begin to work and pay tax and contribute to the economy, he told on RTE Radio 1 News.

He suggested that, in Ireland, the sooner asylum seekers are allowed to work and their qualifications are recognised the sooner they will be able to join the workforce and benefit Irish society.

For example, in the UK training a new local British doctor costs over £250,000; the estimated cost of training a refugee doctor for practice in the UK is around £25,000.

The key to unlocking such potential is in processing asylum applications quickly, recognising qualifications as well as providing English language classes and settling the refugees in places that are not unemployment black spots.

Separately, earlier in the week as the crew of the Irish navy vessel LÉ Róisín rescued 125 migrants/refugees in its first operation in the Mediterranean, actress Angelina Jolie Pitt, the UN refugee agency’s special envoy, warned that the international humanitarian system for refugees is breaking down.

The Irish navy mission rescued some 107 men and 18 women, who were travelling in a rubber craft approximately 40 nautical miles north east of Tripoli.

This latest rescue comes after previous missions which saved the lives of more than 8,000 men, women and children. 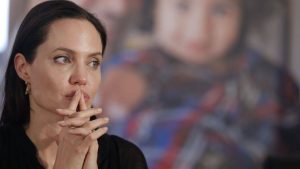 Speaking as part of the BBC’s World on the Move day (on 16 May), Angelina Jolie Pitt, said that more than 60 million people, one in 122, are displaced globally and the average time that a person is displaced for is now 20 years.

She said that the “number of conflicts and scale of displacement had grown so large” that the system to protect and return refugees is not working.

“Is it any surprise that some of these desperate people, who are running out of all options and who see no hope of returning home, would make a push for Europe as a last resort, even at the risk of death?” she asked.

But she emphasised that Europe is only a fraction of the global refugee problem. She pointed to countries like Turkey, Pakistan, Lebanon, Iran, Ethiopia, and Jordan, and said that we in the west are not the ones making the greatest sacrifice.

She cautioned that fear of uncontrolled migration poses a risk of a “race to the bottom”.

Countries want to be seen to be “toughest” on emigration despite their international responsibilities. She concluded by urging the entire world to rally together because how this crisis is handled will define the century and the alternative is chaos.

The Immigrant Council of Ireland has also been speaking of international responsibilities. While complementing the crew of the LÉ Róisín, it called on the Irish Government to honour its commitment to take in refugees.

“As a country our efforts must not stop with search and rescue. It is important that we also offer safety, protection and hope.”

“Our Government must honour its commitment to take in 4,000 people by the end of next year and at EU level ensure that those who are in immediate danger are offered legal channels to enter Europe,” said Brian Killoran, Chief Executive of the Immigrant Council of Ireland.

“The LÉ Róisín is setting an example which must be followed across all areas of Government policy so that Ireland will become a genuine voice for humanity at a time when others want Europe to walk away from its responsibilities.”