The Ebola epidemic exposed inadequacies in national and international abilities to respond to pandemics.

This is according to a new report which criticises the World Health Organisation (WHO) for not acting quickly enough when details of the outbreak emerged.

“The most egregious failure was by WHO in the delay in sounding the alarm,” said Ashish K. Jha, Director of the Harvard Global Health Institute, K.T. Li Professor of International Health at the Harvard T.H. Chan School of Public Health (Harvard Chan) and a professor of medicine at Harvard Medical School.

“People at WHO were aware that there was an Ebola outbreak that was getting out of control by spring…and yet, it took until August to declare a public health emergency. The cost of the delay was enormous,” said Ashish K. Jha.

The report was prepared by Harvard Global Health Institute and the London School of Hygiene & Tropical Medicine which jointly organised an independent panel of 19 experts from around the globe.

It has just issued this hard-hitting analysis of the global response to the 2014-15 Ebola outbreak in West Africa, which has been published in the prestigious medical journal The Lancet. 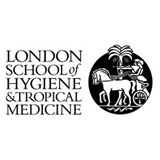 “After difficult and lengthy deliberation, we concluded that major reforms are both warranted and feasible,” stated the panel members and authors of the report.

Of the WHO the report states: “Ebola exposed WHO as unable to meet its responsibility for responding to such situations and alerting the global community.”

They stated that this is particularly important because when preventive measures do not succeed within countries, outbreaks can cross borders and surpass national capacities.

The panel recommended that the WHO should promote early reporting of outbreaks by praising and rewarding those countries who act quickly.

They should disburse emergency funds rapidly to assist such countries when outbreaks strike and compensation for economic losses that might result.

On the opposite end of the spectrum the WHO should publish lists of countries that delay reporting and confront governments that implement trade and travel restrictions without scientific justification, while developing industry-wide cooperation frameworks to ensure private firms such as airlines and shipping companies continue to provide crucial services during emergencies.

It further recommendation that a dedicated centre for outbreak response with strong technical capacity, a protected budget, and clear lines of accountability should be created at WHO, governed by a separate Board.

It added that a transparent and politically protected WHO Standing Emergency Committee should be delegated with the responsibility for declaring public health emergencies.

There should also be an independent UN Accountability Commission to do system-wide assessments of worldwide responses to major disease outbreaks.

The panel was chaired by Professor Peter Piot, Director of the London School of Hygiene & Tropical Medicine and co-discoverer of the Ebola virus, who said: “We need to strengthen core capacities in all countries to detect, report and respond rapidly to small outbreaks, in order to prevent them from becoming large-scale emergencies.”

“Major reform of national and global systems to respond to epidemics are not only feasible, but also essential so that we do not witness such depths of suffering, death and social and economic havoc in future epidemics.”

“The AIDS pandemic put global health on the world’s agenda. The Ebola crisis in West Africa should now be an equal game changer for how the world prevents and responds to epidemics.”

As well as more than 11,000 deaths from Ebola, the epidemic damaged national health systems, and hard-won social and economic gains in a region recovering from civil wars; it also caused  worldwide panic, and cost several billion dollars in short-term control efforts and economic losses he concluded.

A Liberian panel member Mosoka Fallah, PhD, MPH, of Action Contre La Faim International (ACF) said, “The human misery and deaths from the Ebola epidemic in West Africa demand a team of independent thinkers to serve as a mirror of reflection on how and why the global response to the greatest Ebola calamity in human history was late, feeble and uncoordinated.” 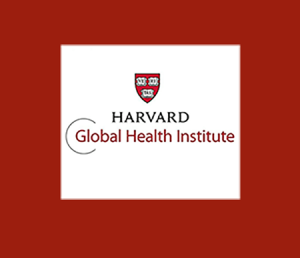 The report’s 10 recommendations are described as a “roadmap” to improve the global system for outbreak prevention and response:
1. Develop a global strategy to invest in, monitor and sustain national core capacities
2. Strengthen incentives for early reporting of outbreaks and science-based justifications for
trade and travel restrictions
3. Create a unified WHO Center with clear responsibility, adequate capacity, and strong lines of
accountability for outbreak response
4. Broaden responsibility for emergency declarations to a transparent, politically-protected
Standing Emergency Committee
5. Institutionalize accountability through an independent commission for disease outbreak
prevention and response
6. Develop a framework of rules to enable, govern and ensure access to the benefits of
research
7. Establish a global fund to finance, accelerate and prioritize R&D
8. Sustain high-level political attention through a Global Health Committee of the Security
Council
9. A new deal for a more focused, appropriately-financed WHO
10. Good governance of WHO through decisive, timebound reform and assertive leadership

The report concluded that high-level political leadership is now needed to translate this roadmap into long-term systemic reform so that a crisis like the Ebola outbreak will never be repeated.