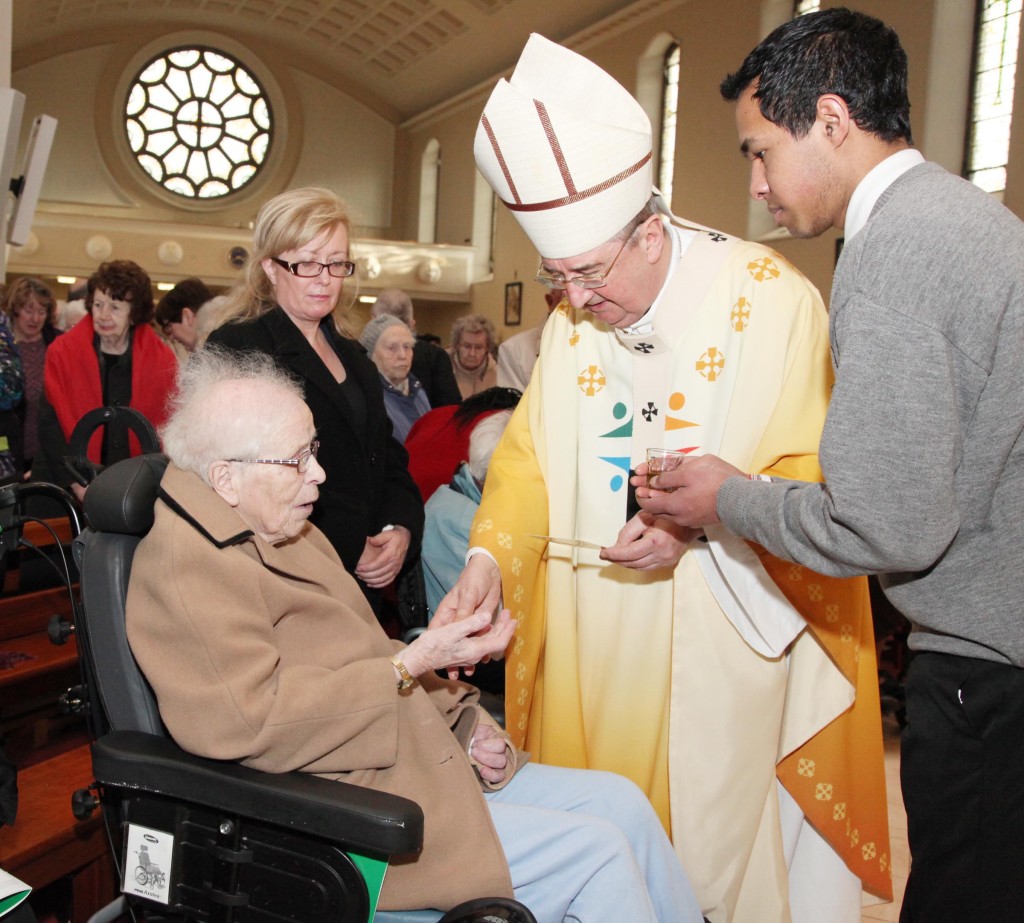 Archbishop Diarmuid Martin of Dublin has lamented the harshness, arrogance and relentless sense of vindictiveness that dogs speech and public debate today.

In his homily for the Dublin diocesan mass for the sick at the Church of St Therese in Mount Merrion, the Archbishop warned that the “truth will never be ascertained through harsh words regarding others.”

“The caring unity which we celebrate today must become a trade mark of the Church on its path of renewal.”

He also underlined that the Church “must be a place where all men and women can feel welcome and where no one feels that their own way is the sole privileged way of the Church.”

The Primate of Ireland said Jesus speaks to all of us with the same tenderness and added, “God never created anyone whom he does not love. All of us belong together.”

Speaking after Mass to CatholicIreland.net about his comments on RTE Radio’s This Week programme, in which he said it was possible that some people in the Church might be homophobic, the Archbishop said “anybody who doesn’t show love towards gay and lesbian people is insulting God.”

He continued, “They are not just homophobic if they do that – they are actually Godophobic because God loves every one of those people.”

He also underlined that “Just because a person isn’t in favour of gay marriage doesn’t mean that one is homophobic – let’s be very clear on that.” 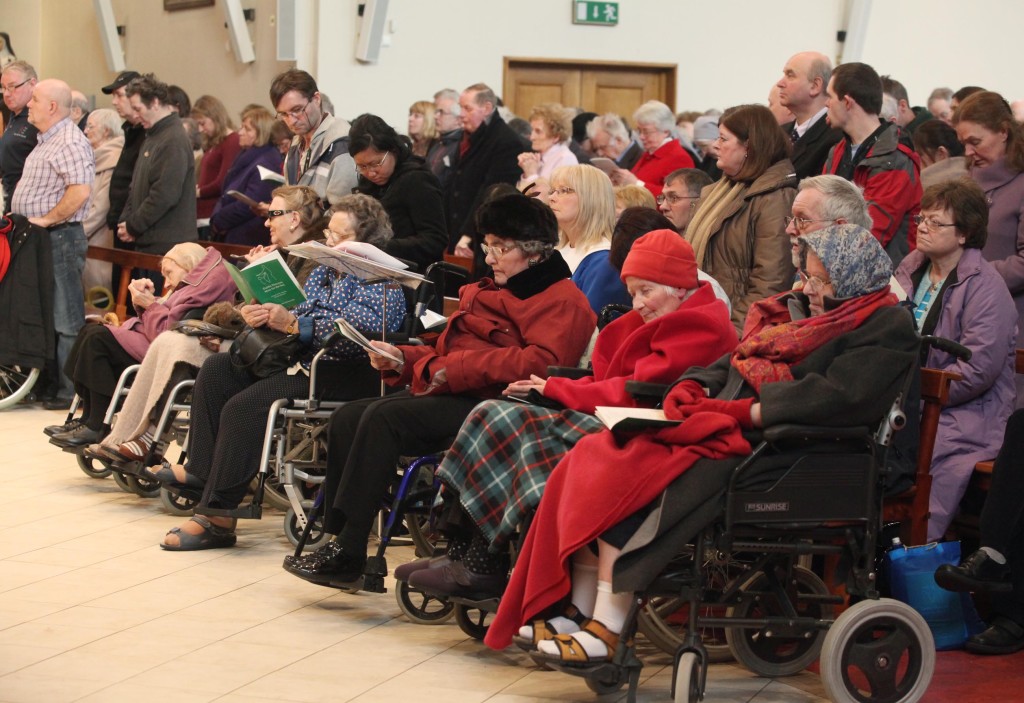 But he added that “all of us have to be careful about the way we speak and the language we use.”

On this point he highlighted a point he made in his homily for the Mass for the sick during which there was a call in the first reading for an end to “the clenched fist and the wicked word”.

Elsewhere in his homily, the Archbishop asked the question, “What does it mean to be a Catholic today?”

Referring to the results of the last census in Ireland, he said that 25% of the population of the Archdiocese of Dublin registered as something other than Roman Catholic.

“Of the 75% of those who ticked the Roman Catholic box, it would be foolish to imagine that all of them necessarily were strongly committed Catholics,” he acknowledged.

Asking what does it mean to be a Catholic today, was he said, a question which influences an understanding of the presence of the Church in Irish society.

“It touches on our reflection on the real commitment to Catholic schools, it involves reflecting on how much attendance and participating in the Eucharist is considered part of Catholic identity, it involves questions on many dimensions of Church teaching, it involves the question of what a Catholic ethos in a school or in a hospital or in an organisation means and can mean in a pluralist Ireland.”

Referring to the Gospel reading of the day, the Archbishop said every Christian must witness in his or her life to what Jesus Christ means to them.

“The Christian cannot simply retreat into a private spirituality and say that he or she has no concern for the fundamental direction in which society develops.”

“Society today needs light and savour. If our faith becomes tasteless and hidden, then it is no longer real faith.” 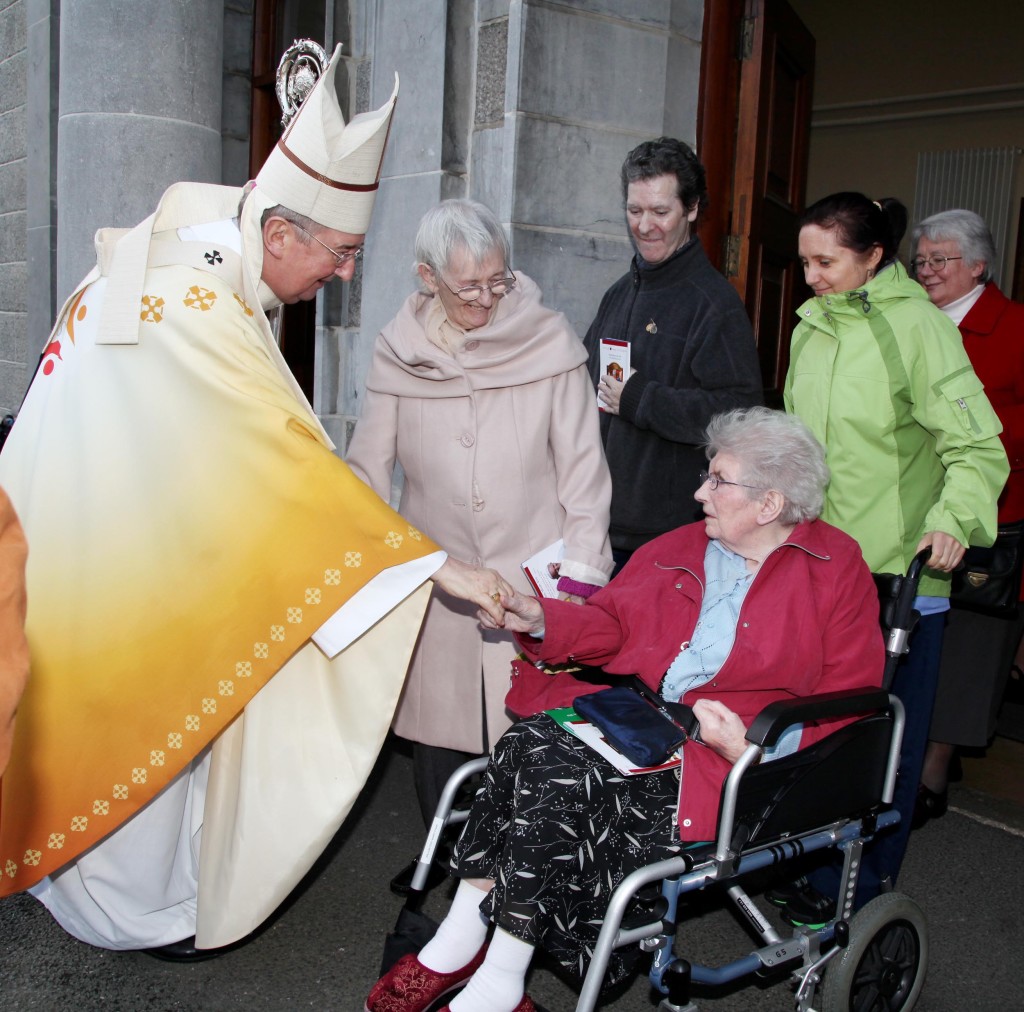 Speaking after Mass to CatholicIreland.net, the Archbishop said the Church has “a very clear position that marriage is something between a man and a woman which represents and respects the diversity between man and woman,” and he said this was “not just a social construct but part of God’s plan.”

He also noted that there were “many people, even prominent members of the gay community, who don’t necessarily want gay marriage. Therefore, to say that anybody who doesn’t want gay marriage is somehow against gays is not right.”

He implored Catholics to take a lead from Pope Francis and learn the “lesson in how we should treat people with respect even where differences exist.”