Wednesday of the Fourth Week of Lent St Patrick’s Day

Jesus put a parable before the crowds,
‘The kingdom of heaven is like a mustard seed which a man took and sowed in his field. It is the smallest of all the seeds, but when it has grown it is the biggest of shrubs and becomes a tree, so that the birds of the air can come and shelter in its branches.’

In his sixteenth year, an insignificant teenager Patrick was carried off into captivity by Irish marauders and was sold as a slave to a chieftan named Milchu. For six years he tended his master’s flocks in the valley of the Braid and on the slopes of Slemish, near the modern town of Ballymena, County Antrim .

He relates in his “Confessio” (Religious diary) that during his captivity while tending the flocks he prayed many times in the day.

“The love of God”, he added, “and His fear increased in me more and more, and the faith grew in me,  and the spirit was roused, so that, in a single day,

I have said as many as a hundred prayers,
and in the night nearly the same,
so that whilst in the woods and on the mountain,
even before the dawn,
I was roused to prayer and felt no hurt from it, whether there was snow or ice or rain.

Is  this the Patrick we follow?
or do we settle for the redheaded overweight green-clad cartoon character we smile at on our streets on Paddy’s day?

Patrick was ‘an uneducated sinner – or so he wrote about himself. (Pope Francis also described himself as a sinner in his first speech as pope.)  According to Patrick’s ‘Confession‘ which he recorded at the end of his life,  It was by the gift of God that he succeeded. He was first brought to Ireland as a slave, a refugee, at the age of 16. In his lonely exile he discovered God’s deep love for him and found a new faith. 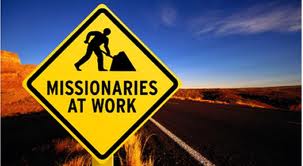 Six years after he escaped from his captivity, Patrick had a vision. He heard ‘the voice of the Irish’, imploring him to come and walk once more among them, so he returned as a missionary visiting many parts of the country where the faith had never been preached.

Patrick was not an instant success, having to cope with jealousy and in-fighting among his followers.
Because his faith was as firm as a rock, he survived to become Ireland’s patron in the faith.

Deep down how do we think about non-nationals immigrants or refugees living and working in Ireland.
Do I need to reassess my approach?
Are they not all God’s sons and daughters too trying to earn their living under heaven?
Do I personally know and care about any non-national living in our community?
Is there any way I can help a struggling non-national adjust to life here today?

Lord,
through the work of Saint Patrick, we in Ireland have come to:

acknowledge the mystery of the one true God
and give thanks for our faith in Jesus
As we celebrate this festival of St Patrick today,
keep alive the fire of faith he inspired in us
and keep us true to it.
In Jesus name.
Amen

Hail, glorious St. Patrick, dear saint of our isle,
On us thy poor children bestow a sweet smile;
And now that you’re high in your mansions above,
On Erin’s green valleys look down with your love.

Hail, glorious St. Patrick, thy words were once strong
Against Satan’s wiles and a heretic throng;
Not less is thy might where in Heaven thou art;
Oh, come to our aid, in our battle take part!

In a war against sin, in the fight for the faith,
Dear Saint, may thy children resist to the death;
May their strength be in meekness, in penance, and prayer,
Their banner the Cross, which they glory to bear.

Thy people, now exiles on many a shore,
Shall love and revere thee till time be no more;
And the fire thou hast kindled shall ever burn bright,
Its warmth undiminished, undying its light.