Home > News > “We are a ruined church” – Iraqi Patriarch

“We are a ruined church” – Iraqi Patriarch 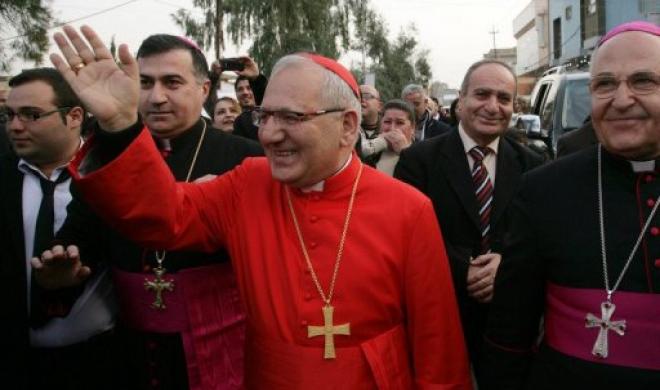 The head of the Chaldean Catholic Church in Iraq has squarely blamed the policies of the West for the plight of Iraqi’s disappearing Christians.

The exodus of Christians from Iraq is “frightening” the Chaldean Catholic Patriarch of Baghdad, Patriarch Louis Raphaël I Sako, warned and added “We are a ruined church”.

The Patriarch pointed out that a few decades ago there was an estimated 600,000 Christians in the city of Baghdad alone.

Now the entire Christian population of Iraq has dipped under 400,000, with widespread emigration still continuing.

“Intervention by the West in the region did not solve the problems … but on the contrary, produced more chaos and conflict,” he said, criticising the US-led invasion of the country in 2003.

“1,400 years of Islam could not uproot us from our land and our churches, while the policies of the West [have] scattered us and distributed us all around the world,” Patriarch Louis Raphaël I Sako said.

Comparing the situation of the Church under Saddam Hussein’s regime and today, he said that “in the Church of the Ascension, Al-Mashtal, there were about 5,000 families and over 240 students preparing for their First Holy Communion before the regime’s fall.”

On “25 April 2014, I celebrated in this church the Holy Mass for First Holy Communion of 13 students only.”

“[Iraqi] government authorities bear part of the responsibility of this migration for failing to restore security and stability,” the patriarch said.

He also called upon Muslim clerics to “issue a joint statement denying all forms of violence, mistrust and considering others as ‘infidels’” and calling “for peace and brotherhood among the people.”