Today is UN World Humanitarian Day, a day set aside by the United Nations to honour all those who have worked in the promotion of human welfare and the humanitarian cause, especially those who have lost their lives in the cause of duty.

This year the theme of the day is “Women Humanitarians and their undying contribution in making the world a better place”, with the UN Office for the Coordination of Humanitarian Affairs (OCHA) saying that it is time to especially honour the women who have acted as first responders to the darkest hours of crisis. 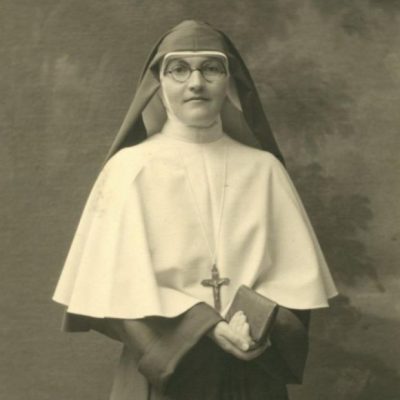 “This year’s campaign on Women Humanitarians supports the recognition that women deserve in the strengthening of global humanitarian response as well as in protection efforts under the international law.”

Sr Carol Breslin of the Medical Missionaries of Mary (MMM) added her voice to the calls for the UN special day to be observed. In a note to supporters of the order, Sr Carol said that “many MMMs, MMM associates and volunteers” have been first responders in times of humanitarian crisis.

Of course, humanitarian work is not confined to times of crisis. There are many women engaged in humanitarian activity in the fields of education, medicine and care of the marginalised.

One such woman was Sr Loyola Grehan  – the last Irish missionary to serve in Fiji – who died aged 100 at the end of July.

Born in Dromore West, Co. Sligo in December 1918, Kathleen Grehan joined the Marist Order in 1939 shortly before her 20th birthday.

In 1945 she requested to be sent on the missions to Fiji. Her wish was granted, providing she would spend some time as a teacher in New Zealand.

She spent 15 years in Auckland. She then spent the rest of her life in Fiji, chiefly teaching in the Loreto Secondary School in Levuka.

Hundreds of people attended her funeral last week, reported the Fiji Sun newspaper. Today, let us remember her and all the women of the world who have put humanitarian effort at the centre of their life’s work.