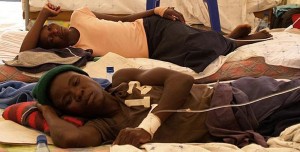 Trócaire has revealed the latest success of its advocacy teams who provide support to people with HIV in Zimbabwe.

The organization is working with local partner groups to provide better access to treatment, as well as giving support to affected individuals. These partner organizations include Batanai HIV and AIDS Service Organization (BHASO), Zimbabwe Lawyers for Human Rights (ZLHR) and the Zimbabwe Network of PLHIV, which is a national network of people living with HIV.

In a report issued under the auspices of BHASO and ZLHR, advocacy is defined as taking action and speaking out on a problem, such as HIV.

Trócaire’s network of advocacy teams has resulted in changes, one of which was a decision to allocate $300 million to health in the country, which represented just half of what was requested by the Ministry of Health and Child Welfare in Zimbabwe but double the initial planned allocation.

Trócaire says that, in Zimbabwe, people with HIV face significant barriers to treatment, partly due to high levels of stigma and discrimination, as well as to the under-provision of anti-retroviral therapy used to combat the disease.

Carol Ballantine, Policy Officer for HIV and Gender Equality at Trócaire (Maynooth), told Catholic Ireland.Net, that she regards the advocacy campaigns in Zimbabwe as successful.

“We feel very much that advocacy wouldn’t have happened without investment and there have been concrete outcomes.”

The biggest achievement of the advocacy teams, she says, is that Trócaire has “left a good structure in place – that people can continue to make demands.” 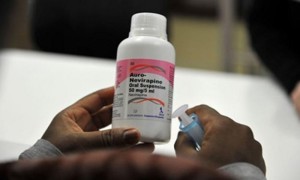 A successful story of local level advocacy in the Masvingo province in Zimbabwe involved a case at Mwenezi Rural Hospital, where second level antiretroviral drugs were not being dispensed because there were not enough doctors to authorize the change from first line to second line treatment.  The work of the advocacy committee meant that the dispensing practice changed.  Now only one doctor is needed (as opposed to two) to approve the change of treatment to second line.

Currently, Trócaire is helping Farai, a 15-year-old girl born with HIV in Zimbabwe who is denied the right to education because she is HIV positive.  Farai stopped going to school at the age of 13 after completing primary school.  Her  mother “could not pay for the school fees because she is not employed,” she said.

However, Trócaire is trying to assist people like Farai through their partner organization the Mashambanzou Care Trust.  This trust gives food supplements to Farai’s mother and provides Farai with the nutritional support she needs to keep taking her medication.

For further information  or to donate to Trócaire see www.trocaire.org.