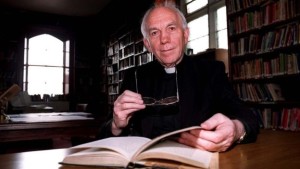 Tributes have been paid to a Co Limerick-born Redemptorist priest who played a major role in the Northern Ireland Peace Process.

Fr Gerry Reynolds CSsR was based at Clonard Monastery in west Belfast. He died in the city’s Royal Victoria Hospital last week after a short illness.

Fr Reynolds (80) was a native of Mungret, Co Limerick and was well known for his cross-community work and efforts to tackle sectarianism.

He was ordained a priest in 1960 and worked in ministries in the Republic of Ireland until 1983, when he went to Clonard monastery.

The monastery was the focus of secret negotiations between Sinn Féin President Gerry Adams and SDLP leader John Hume that provided an impetus for the start of the peace process in the early 1990s.

The discussions were initiated by the late Fr Alec Reid, a close friend of Fr Reynolds.

Rector of Clonard Monastery, Fr Noel Kehoe, led the tributes. “Fr Gerry past away in the care of the Royal Victoria hospital at 6.50am this morning, 30 November 2015 after a short illness,” he said.

“He will be greatly missed by his Redemptorist confreres and colleagues, his family, friends, and the many people whose lives he touched through his ecumenical, peace and reconciliation ministries.”

Sinn Fein leader and Louth TD Gerry Adams hailed the priest as a “champion of the peace process”.

“Along with Fr Reid and Fr Des Wilson he was central to efforts to develop a peace process years before it eventually took root and he believed totally in the primacy of dialogue,” he said.

“Fr Reynolds was part of the Clonard Church Ministry, a special peace-making ministry within the Redemptorist Order.”

He added, “Fr Reynolds embraced the importance of dialogue with other churches. He was a leader in ecumenical outreach and was instrumental in helping to facilitate discussions between members of the Protestant churches and Irish republicans. Fr Reynolds was a committed ecumenist, reaching out to other churches was vital to him.”

Clonard is the focus of the Unity Pilgrims project, where parishioners attend not only Sunday Mass, but also visit Presbyterian, Methodist or Church of Ireland churches and the Clonard-Fitzroy Fellowship.

The links between Fitzroy Presbyterian Church and Clonard began in 1981 and were about encouraging mutual understanding and respect.

In later years Mr Adams said that “Fr Reynolds gave leadership on the Clonard side. I want to extend to his family, and to colleagues in the Redemptorist Order, and to his many friends my sincerest condolences.”

“Gerry Reynolds was a holy man who touched the lives of countless numbers,” said the west Belfast representative.

“He brought people together. Across our community, our churches and our conflict he worked quietly and relentlessly forging new relationships so that old differences could be resolved. He was forever working to make peace. His special work with Fr Alec Reid was one example of this. His life was defined by such work, seeking out the opportunity for good to prevail.”

Fr Reynolds Funeral took place on Thursday and he was interred in Milltown Cemetery in Belfast. He is survived  by his sister Noreen, brothers Michael and Fr Patrick CSsR.