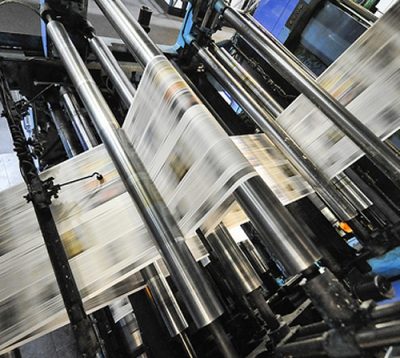 Three Irish newspapers have published apologies to a former seminarian who was named in an article in May 2018, which claimed that he had been sent home from the Irish College in Rome after being caught in bed with another seminarian.

“On 11 May 2018 the Irish Times published an article entitled ‘Two trainee priests sent back to Ireland after being found in bed together’.

A similar apology, appeared in the Irish Examiner and Echo, citing the title they had used.

The three papers say they accept “there was no truth in and no basis for this allegation” and they apologise to Mr Gannon for stating “that he was expelled or suspended from the College”. They acknowledge that the article “was false and should not have been published”.

All three papers have agreed to pay damages to Conor Gannon “for the upset and distress caused to him by the article”. The Irish Examiner and the former Evening Echo are both based in Cork and since July 2018 belong to the Irish Times.

Just days after the libelous articles appeared in the national media, the Irish Catholic announced that one of the seminarians was going to sue over the articles.

In its article dated 13th May 2018, the Irish Catholic said that a report provided to the Archbishop of Dublin from the rector of the Irish College, Msgr Ciaran O’Carroll, made “no mention of any matters of a sexual nature” in relation to the seminarian. It also claimed the seminarians “were not sent back to Ireland as claimed in the media”.

“The media also reported that the alleged incident happened after students attended a Mass commemorating Pope Paul VI’s 1968 encyclical Humanae Vitae on artificial birth control. The Irish Catholic has established that there was no Mass in the Vatican to mark the 50th  anniversary of the publication of the papal encyclical as reported in the Irish Independent and The Irish Times and repeated extensively elsewhere. A senior source in Archbishop’s House in Dublin described these media reports as ‘fabrications’,” said The Irish Catholic report.