Tánaiste confused about what repeal means for rights of unborn 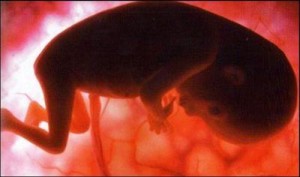 Simon Coveney’s confusion on what repeal could mean for the rights of the unborn, shows that voters can have no confidence in the Government’s promises, an anti repeal group has said. Save the 8th issued their statement following a long interview with the Tánaiste, Simon Coveney, on the Today with Sean O’Rourke programme on RTE  Radio 1.

In the interview Mr Coveney maintained that by repealing the Eighth and introducing legislation, the government would be able to “balance protecting the unborn child and prioritising the health and life of the [pregnant] mother”.

He said abortion was “simply too complex an issue to deal with as a simple sentence or paragraph in the constitution”.

“I think that the state has to protect women in pregnancy. That has to be the number one priority but I also believe that the State has an obligation to protect an unborn child. Of course where this gets difficult is where those two responsibilities intertwine. We have to prioritise a woman’s life and a woman’s health.”

Mr Coveney said he did not believe that there should be unrestricted access to abortion at any time “because it is not consistent with the State having a legal obligation to protect an unborn child”, but he believed the situation proposed to apply after 12 weeks by the Oireachtas committee, where abortions will be permitted in cases of risk to the mother’s health and fatal foetal abnormalities, could apply in the first trimester also. In rape cases he said, “I believe that one doctor should in conversation with a victim be able to sanction an abortion in those circumstances.” The legislation had not been agreed on, said Mr Coveney, but would be teased out over time.

“When senior members of the Government are talking about future changes to legislation that has not even been published yet, it demonstrates that promises of restraint, or respect for the rights of the unborn, are worthless,” responded Save the 8th.  “This referendum, if passed, strips away the constitutional right to life of the unborn and places it in the hands of poll-driven, vacillating, politicians.”

Asked during the interview about the 100,000 people who had possibly been saved by the Eighth Amendment, the Tánaiste said it was hard to know. ”There are many people who may have thought about terminating and for whatever reason didn’t and now they have a child, but to link it directly to the 8th – it’s hard to provide clarity with numbers on this.”

Mr Coveney avoided directly answering a question about what was being proposed matching the abortion regime in the UK where abortion is legal up to 24 weeks once there is a risk to the physical or mental health of the mother or any existing children or a “substantial risk” of the child being “seriously handicapped”.  Abortions must be signed off by two registered medical practitioners there. (In the case of rape, Mr Coveney suggested that one medical practitioner should be enough).