SIGNIS, the World Catholic Association for Communications, has received Vatican recognition as an international public association of the Church and an arm of its evangelising mission.

On Friday, during a brief presentation and prayer liturgy, the head of the Pontifical Council for the Laity, Cardinal Stanislaw Rylko told a delegation from SIGNIS that alongside the confirmation of its Catholic identity, this recognition carried a responsibility to continue promoting the highest ideals of truth, justice and the dignity of each individual.

SIGNIS is a Brussels-based NGO with a presence in some 140 countries around the world.

It was created in 2001 by the merger of two former organisations and its members work throughout the world in the fields of radio, television, cinema, video, media education, Internet and new technology professions.

SIGNIS works specifically to engage media professionals and help support Catholic communicators through training programmes, supplying equipment, the promotion of films or TV programmes, the production and distribution of programs and the creation of radio, video and television studios.

In his address, Cardinal Rylko said SIGNIS is called to “form lay Catholics who work in the media to be truly salt and light, and to be a leaven that transforms the world from within.”

By promoting human dignity, justice and reconciliation, the organisation seeks to transform a secular culture with the light of the Gospel.

The Vatican’s Council for the Laity, alongside the Pontifical Council for Social Communications, who share in overseeing the newly approved International Association of the Faithful, highlighted that it was necessary to train Christians in order to give proper voice to their ideas and contributions. 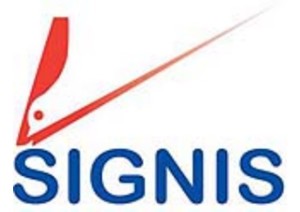 “In order to efficaciously offer her contribution to culture, evangelisation today has to include all means of communication. In this field the role of lay faithful is irreplaceable,” the statement read.

The Council also recalled St John Paul II’s encyclical letter ‘Redemptoris Missio’ in which the Polish pontiff said “The first Areopagus of the modern age is the world of communications.”

Therefore “it is necessary that those Christians who have access to the ‘New Areopaguses’ be able to give voice to their ideas, and for this reason operators in the field should be adequately and effectively prepared,” the Vatican Council continued.

“In many places the mass media is used to manipulate men and women ….whereas the Church teaches that our contemporaries have a right to information on the important questions of our time that is ‘true and complete’, inspired by justice and charity,” the Council’s statement added.

The current president of SIGNIS, Cuban film reviewer Gustavo Andujar, noted the importance of committed lay people working in media and communications, bringing their views and values into dialogue with the contemporary world of cinema, radio and television.

“Although SIGNIS and its mother organisations have always counted on the enthusiastic participation and support of numerous priests, it has remained mainly an endeavour of lay people with an increasingly clear consciousness of the need for an active participation in and vibrant dialogue with the professional world of the media,” Gustavo Andujar said.