Jesus said to his disciples:
‘You have learnt how it was said: 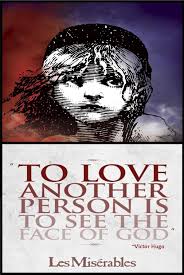 You must love your neighbour
and hate your enemy.
But I say this to you:
love your enemies and pray for those who persecute you; in this way you will be sons of your Father in heaven, for he causes his sun to rise on bad men as well as good, and his rain to fall on honest and dishonest men alike.
You must therefore be perfect just as your heavenly Father is perfect.’

Lack of forgiveness is like a cancer.
It festers, grows and intensifies as long as the hand of healing, of forgiveness is withheld.
It demands a playing and replaying in our minds of the real or supposed hurts.

How can we forgive when we incessantly feel so much hurt.
Yet this commandment is Jesus’ hope and vision for us.
Why not just hand the offender over and leave them to God.

Former President Trump, at his inauguration in 2016, promised to drain the Washington political swamp. Instead, in the pursuing four years, he got sucked further into it himself in a reactionary way.
We tourselves need to drain the poisonous venom that remains from former hurts festering within us. When we point our index finger at others, we need to keep in mind where our other fingers are pointing!

Only God is God and thus perfect.
All we can do is try our best to be like Him and like Jesus.
That is the best we can hope for. And that is some challenge.

Peter Hannah SJ, in his book ‘Follow your dream’ c/f www.columba.ie) writes:
After life in the Nazi concentration camps in 1945, Dov, an orphan boy, lived by himself. He had been so badly affected by the experience of the camps that he refused to communicate with anyone. He sat in his little tent day after day silently staring at the wall. People decided to leave him alone with his dreadful pain.

Not so Karen; in spite of Dov’s silence and apathy she persisted in coming to see him every day. She was ingenious in her efforts to get some response from him. Eventually he began to talk and to show her his drawings which captured memories that imprisoned him in horror. Through Karen efforts, Dov began to come out of his tent and to talk with others.

Then one day tragedy struck – Karen was killed in an accident outside the camp. People rallied round Dov for fear he would again shut himself off but they were amazed to hear him say things had changed for him as a result of coming to know Karen. He said all he now wanted was ‘to live in a way that would be worthy of her, in a way of which she would be proud.’ . 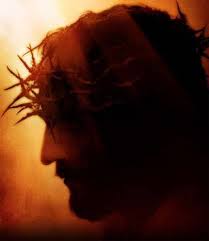 Gordan Wilson was the father of Marie Wilson, a victim of the Enniskillen Remembrance Day Bombing in 1987. He described his last conversation with his daughter, a nurse, as they both lay buried in rubble. “She held my hand tightly, and gripped me as hard as she could. She said, ‘Daddy, I love you very much.’ Those were her exact words to me, and those were the last words I ever heard her say.”
He immediately expressed forgiveness to his daughter’s killers and pleaded with Loyalists not to take revenge for her death. “She’s dead now and I will pray for these men tonight and every night”. No words in more than twenty-five years of violence in Northern Ireland had such a powerful, emotional impact.