Zeno probably lived as a monk in the city until in 362 when he was chosen as bishop.

St Zeno of Verona is often depicted with a fisherman’s rod and a fish and this is variously interpreted. An African from Mauretania he was the first bishop of Verona, where even today the cathedral bears his name.

A native of North Africa 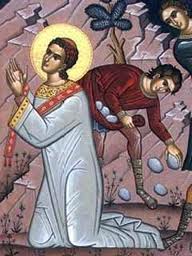 Zeno is said to have been a native of north Africa. Since a sermon of his on the martyrdom of Saint Arcadius of Caesarea in Mauretania has the detail of an eyewitness, it is said that Zeno was born there probably before 302.

Other Africans in northern Italy
How he came to Verona is not known. Some have speculated that he was the son of an African official working in Northern Italy in the post-Constantinian reforms or that he may have been a follower of St Athanasius who visited Verona in 340 AD. Other Africans in northern Italy around this time included St. Venantianus, bishop of Aquileia (d. 367) and St Augustine (baptised at Milan 387) along with his mother Monica.

African Latin style
That he was from Africa is based also on similarities of the style of the Latin of his Sermons (93 in all) with other African writers in Latin, such as Apuleius, Tertullian, Cyprian and Lactantius.

Chosen as bishop of Verona 362
Zeno probably lived as a monk in the city until in 362 when he was chosen as bishop and he lived a life of poverty. From his sermons it is clear that paganism, Arianism and Pelagianism were still factors to be reckoned with in the Verona of his time. He founded convents and encouraged virgins living at home to be consecrated, as Ambrose did at Milan. He denounced abuses associated with the agape and the interruption of Masses for the Dead by loud lamentation. 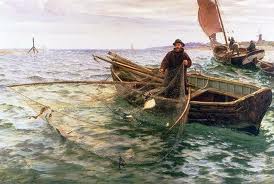 Iconography
Zeno is often represented with a fish or a fish and fishing-rod. Alban Butler in his Lives of the Saints writes: “Local tradition says it is because he was fond of fishing in the River Adige, but it is more likely that originally it was a symbol of his success in bringing people to baptism.”

First cathedral
Tradition says he built the first basilica in Verona situated probably where the present cathedral is located today.He died in 371 AD.