St Raymond of Penafort, Priest, Religious. Born about 1175 near Barcelona (Spain), a brilliant lawyer and at the age of 47  became a canon of the cathedral and joined the Dominican Order, eventually being elected their master general. Noted for his knowledge of canon law, especially in its application to the sacrament of penance, and for his scholarly apostolate to Jews and Muslims. Raymond died there in extreme old age on 6 January 1275. 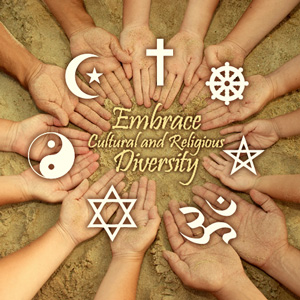 St Raymond’s gift was as an organiser and codifier. He was also influential in promoting the evangelisation of Muslims and Jews during the 13th century. He is the patron saint of canon lawyers.

Early life
Raymond was born in Peñafort in Catalonia and was related to the Counts of Barcelona and the kings of Aragon. He was a brilliant student and was already teaching philosophy at Barcelona by the time he was twenty.

From 1210 he studied canon and civil law in Bologna.

In 1219 he returned to become the archdeacon and vicar of the archdiocese of Barcelona.

In 1222 Raymond joined the Dominican friars, having come to know the founder Dominic Guzman in the months previous to the latter’s death. The Dominicans asked him to put together a collection of cases of conscience for the instruction of confessors and moralists, a Summa casuum conscientiae, which became an authoritative work. He also exercised an apostolate of preaching, instructing and hearing confessions, becoming confessor to King James of Aragon. Through the advice given at the declaration of the nullity of James’s first marriage, he became known to the papal legate who encouraged him to preach a holy war against the Moors and in this he was quite successful. 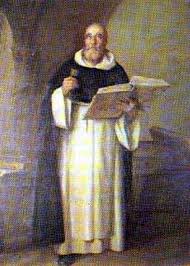 Pope Gregory IX (1227-41) had come to hear of Raymond and called him to Rome in 1230, appointing him papal penitentiary and his personal confessor. Gregory had Raymond edit a collection of conciliar and papal decrees which the Pope published (1234) as the Decretals and were the forerunner of the Code of Canon Law. Raymond still gave much of his time generously to the poor.

His later life
Named  by the pope in 1235 to the archbishopric of Tarragon, Raymond declined the appointment. He returned to Spain in 1236. Two years later he was elected as the third master general of the Dominicans, succeeding Jordan of Saxony quite suddenly as the latter died by shipwreck on returning from the Holy Land. However, after two years, Raymond resigned as master general. He then spent the latter years of his life as a director of souls and confessor, but his main aim at this time was to promote the evangelisation of Muslims and Jews. To secure this, he developed higher schools for the study and teaching of Arabic and Hebrew and encouraged his Italian confrère Thomas Aquinas in writing his Summa contra Gentiles (1261-64).

Raymond died in 1275 and was buried in the cathedral of Barcelona. He was canonised by Clement VIII in 1601 and is the patron saint of canon lawyers.