Saint Oliver Plunkett was the last person to be martyred for the Catholic faith in England in 1681.

Summary of St Oliver Plunkett (1629-81) born in Loughcrew, Oldcastle, Co Meath, Ireland, related to several aristocratic families. The first Irish martyr to be formally canonised- the last Catholic to be martyred to be martyred for the faith at Tyburn in England. The year was  1681 AD.

Here Patrick Duffy traces his life and his spiritual journey to martyrdom. 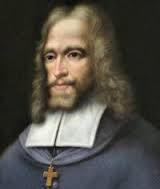 Oliver was born into an aristocratic Norman family at Loughcrew, Oldcastle, Co Meath in 1629. The first great formative influence on him was his uncle Patrick, a Cistercian monk, who was Abbot of St Mary’s in Dublin and then became bishop of Ardagh and later still of Meath. Oliver was sent to his uncle for his education and he always spoke of him with great respect and affection.

Career in Rome
In 1646, along with John Brennan from Kilkenny (a life-long friend and later archbishop of Cashel), Oliver accompanied Father Peter Scarampi – who had been sent by the Pope as an envoy to the Confederation of Kilkenny – on his journey back to Rome. Due to delays and robbery, this proved a difficult journey that took almost a year. When he eventually arrived in Rome Oliver grew to love the city. By the time he was ordained priest in 1654, the Cromwellian conquest of Ireland was well under way. As it was difficult for him to return home, he requested and was granted permission to remain in Rome. He becaming professor of theology at Propaganda Fide College (1657) and was also the agent representating the Irish bishops in Rome.

When in 1669 he was appointed archbishop of Armagh, his uncle Patrick Plunkett was the only active Catholic bishop remaining in Ireland.

Strenuous pastoral efforts
Oliver’s return was difficult. The people had faith, but lacked instruction and organisation. The priests of Armagh diocese resented the imposition on them of an “outsider” from Meath. In the absence of bishops, the priests had lost their discipline, and there were rivalries among religious and between them and the secular clergy. There were divisions among Catholics – between native Irish and Anglo-Irish. And his flamboyant and touchy colleague archbishop of Dublin, Peter Talbot, contested Oliver’s precedence and the primacy of the see of Armagh over Dublin.

In the first three years Oliver worked diligently to restore discipline. He established a school staffed by Jesuits in Drogheda for the education of young men and clergy. He pleaded for places in Rome for others, and travelled widely – often in disguise – confirming and instructing the people and promoting peace.

Choice to stay with his flock
But in 1673 the revelation that the Duke of York, the King’s brother and heir to the throne, had been a Catholic for years caused a storm in the English parliament and forced the tightening of the penal laws against Catholics both in England and Ireland. This led to the closing down of the school at Drogheda. By law Oliver should have registered with the authorities and waited for a ship to deport him, but he took a decision not to desert his flock and went into hiding. He weathered this crisis and continued his pastoral work as best he could, continually keeping in touch with Rome through letters to the Internuncio in Brussels.

The so-called “Popish Plot”
But in England in 1678 an ex-Jesuit student Titus Oates fabricated his infamous “plot”. According to this there was an arrangement that the King (Charles II) was to be murdered and his Catholic brother James put on the throne; in Ireland a Catholic army supported by the Pope and France was alleged to be ready to rise in rebellion. Oliver again had to go into hiding. In December 1679 he was arrested and imprisoned in Dublin Castle – in the next cell to Archbishop Peter Talbot of Dublin who had also been implicated in the plot. Talbot was quite ill and distressed and Plunkett forced his way in to him to console him and give him absolution before he died.

Gradual realisation
Only gradually did Oliver realise that he was being framed as the prime mover of a supposed Irish branch of the Popish plot and charged falsely with conspiring with foreign kingdoms to import troops through Irish ports. Brought to Dundalk for trial, the prosecution witnesses failed to attend: no jury in Ireland could have convicted him on such trumped-up charges. He was then taken to London for trial, but was not allowed time to bring his own witnesses and documents. Here, with four renegade priests testifying against him, he was convicted.

His last week
In the process of facing these false allegations and then death by being hanged, drawn and quartered, Oliver prayed and fasted. His servant and friend James McKenna and a fellow prisoner Fr Maurus Corker were the companions of his last days and he celebrated the Eucharist daily for the last week of his life. When his moment came, he was calm and at peace.

A Man at Peace
In his speech from the gallows at Tyburn, England, he detailed the charges brought against him and declared himself innocent of them all. He forgave those who brought him from Ireland to London for trial, his judges who did not allow him time to bring his records and witnesses from Ireland, and all who concurred directly and indirectly in taking away his life. Finally, he asked forgiveness of all whom he ever offended. He was the last person to be martyred for the Catholic faith in England in 1681.

His letters, written from his prison cell show a man at peace with God and himself, proud yet humble, strong yet gentle.

His body is enshrined in Downside Abbey in Somerset while his head is at St Peters, Drogheda., Co, Louth, Ireland

Beatification and Canonisation
Oliver Plunkett was beatified in 1920 and canonised in 1975, the first new Irish saint for almost almost seven hundred years.