Summary of St Madeleine Sophie Barat: Mount Anville School in Goatstown, South Dublin, and St Catherine’s College, Armagh, are the most prominent schools in Ireland which owe their origin to the Sacred Heart Sisters, founded by teaching order of St Madeleine. 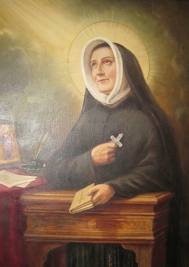 Born at Joigny in Burgundy and educated rigorously by her brother, a priest. Her father owned a small vineyard and worked as a cooper. She was rigorously trained in virtue and educated in secular and sacred subjects by her elder brother, Louis, who was a seminarian and later became a priest. His curriculum included Latin, Greek, history, physics, mathematics, Scripture, the Church fathers and doctrine.

The Society of the Sacred Heart: a community devoted to education
In 1800, under the direction of her brother and another educator-priest, Abbé Varin, she was guided away from her intention of becoming a Carmelite lay sister into a new community, later the Sacred Heart Sisters, who became specialists in education. At twenty-three she was made superior of the community at Amiens. She held this position for the next sixty-three years. She bought a house in Grenoble which was formerly owned by the Visitastion nuns and from there houses were set up in Poitiers and at other locations in France and Belgium.

While Sister Madeleine Sophie was away on visitation, some of the other sisters tried to take over the order, but this was overcome and the Society of the Sacred Heart expanded with new foundations in Switzerland, Austria, England and America. In America she was helped by another French woman Philippine Duchesne (also a saint, canonised by Pope John Paul II in 1988). 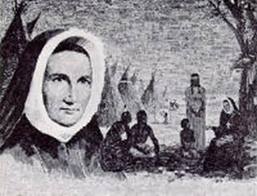 Last years and influence
Although she wanted to resign, a vicaress was appointed to assist her in 1864 and the next year she died. Sister Madeleine Sophie Barat was canonised in 1925. For the Society today, see www.sofie.org. Mount Anville School in Goatstown, South Dublin, is the most prominent school of the Society in Ireland.