Summary: St John Eudes, priest. Born in Normandy (France) in 1601; died at Caen on this day in 1680. He was an Oratorian,  active in preaching missions and in caring for the sick. He founded the Congregation of Jesus and Mary (Eudists) and helped to begin a community of women religious (the Sisters of the Good Shepherd) to care for wayward women. He was noted also for his promotion of devotion to the Sacred Heart.

St John Eudespreached vigorously against Jansenism in France and founded the Congregation of Jesus and Mary for the reform of the clergy. He also promoted devotion to the Sacred Hearts of Jesus and Mary.

Joins the Oratorians of France
John Eudes was born at Ri, Normandy, France, on November 14, 1601, the son of a farmer. He went to the Jesuit college at Caen when he was 14, and despite his parents’ wish that he marry, joined the Congregation of the Oratory of France founded by Cardinal Pierre de Bérulle (1575-1629) in 1623. He studied at Paris and at Aubervilliers, was ordained in 1625, and worked as a volunteer, caring for the victims of the plagues that struck Normandy in 1625 and 1631. He spent the next ten years giving missions, and had a reputation as an outstanding preacher and confessor and for his opposition to Jansenism. He was named superior of the Oratorians at Caen. 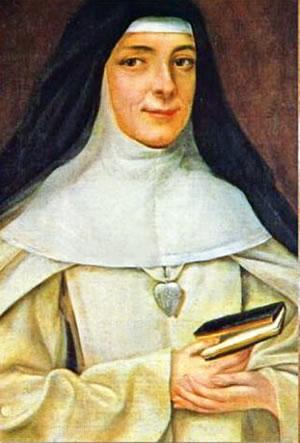 The Sisters of Charity (Sisters of the Good Shepherd) were originally founded by St. John Eudes in 1651 to convert sinful women and care for orphans.

Started a refuge for fallen women
John Eudes became interested in the plight of fallen women, and in 1644 founded a refuge for them in Caen. At first it was called the Work of our Lady of Charity (or of Refuge). This order had many difficulties in getting approval, but after many ups and downs it was re-founded at Angers, France in 1835 by St. Mary Euphrasia Pelletier and became known as the Good Shepherd Sisters. The contemporary focus of their work is towards the human, social and spiritual development of women and girls. It aims to empower them, to enhance their dignity, support self-sufficiency, and build esteem in women and girls who have been excluded from the benefits of society. Today they number almost 4,000, and are present in 70 countries on five continents.

Founded the Congregation of Jesus and Mary (the Eudists)
John Eudes resigned from the Oratorians in 1643 and founded his own society, the Congregation of Jesus and Mary (CJM – the Eudists) at Caen, composed of secular priests not bound by vows, dedicated to the spiritual and doctrinal formation of priests and candidates to the priesthood, while pursuing the work of parish missions.  The Oratorians and the Jansenists opposed his congregation, and he was unable to obtain papal approval for it. However, in 1650 the Bishop of Coutances invited him to start a seminary in his diocese. John founded seminaries at Lisieux in 1653 and Rouen in 1659, although he was unsuccessful in a second attempt to secure papal approval for his congregation. However, he continued giving missions and established new seminaries at Evreux in 1666 and Rennes in 1670.

The French Revolution
On the eve of the French Revolution (1789), Eudists directed some fifteen seminaries as well as a few colleges and parishes. The Revolution closed the houses and scattered the members. Four of them, including François-Louis Hébert, coadjutor to the Superior General, were martyred in Paris and beatified in 1926. 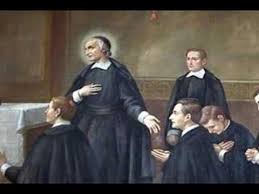 Restoration 1826
Slowly and with great difficulty, the Congregation was restored in 1826 by one of its former members, Father Pierre Blanchard. The Eudists then concentrated their efforts on the urgent task of providing Christian education in colleges. From 1883 on, the opening of several seminaries in Colombia made it possible for them to resume the traditional work of their society. In 1890, they settled in Canada.