Summary of St Bonaventure, Bishop, Religious, Doctor of the Church. Born at Bagnoregio (Italy) about 1218; died at Lyons (France) on this day in 1274.

What’s in a name?
Born to pious parents, John of Fidenza and Mary Ritelli, at Bagnoregio in Tuscany, the boy was christened John. But there is a story that when he was four, he became so ill that his mother took him to St Francis of Assisi, who, moved to compassion by her tears, prayed for the boy, and he was never again sick a day till he died. St Francis, himself then near the end of his life, on seeing the child recover, cried out: “O buona ventura!”, that is, in Italian, “Oh! Good luck!”. And, it is said, this was the name he took when he entered the Franciscans in 1243. Bonaventure joined the Franciscans when studying in Paris. Honoured as a teacher, for his extensive biblical and mystical writings, and for his holiness, gentleness, and compassion.

His studies
After profession Bonaventure was sent to the University of Paris, where he studied scholastic philosophy and theology under Alexander of Hales. He was a very focused student, not in any way given to idle curiosity, but keeping Jesus Christ and him crucified as his inspiration. He made his studies a continuation of prayer. He cultivated humility and sought to serve the sick and the most difficult people with love.

Later appointed cardinal-bishop of Albano and died assisting Pope Gregory X during the Council of Lyons. Known as the “Seraphic Doctor.”  As he took over the leadership of the Franciscans after St Francis of Assisi, and is regarded as the second founder of the order. He is sometimes called “the seraphic doctor”, possibly because of his connection with St Francis or his own warmth toward others seen as a heavenly fire. 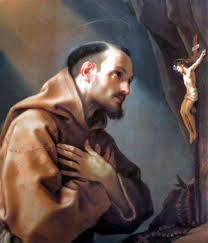 His spirituality and writings
He was ordained to the priesthood. One prayer he composed for his own use as a thanksgiving after Mass, Transfige, dulcissime Domine, (“Pierce my inmost soul, O Lord”) is recommended by the Church for all priests.

Friendship and rivalry with St Thomas Aquinas
In 1256, when Dominican Thomas Aquinas and Franciscan Bonaventure were due to take the doctor’s cap together, they competed in humility where others among the doctors were competing for precedence. Bonaventure won, insisting Thomas take precedence over him. Aquinas took his philosophy from Aristotle, whereas Bonaventure took his from Plato, probably through St Augustine.

Governance of the Franciscans
In the same year as he received his doctorate in Paris, Bonaventure was elected Minister General of the Franciscans at a chapter held in Ara Coeli in Rome. At that time the order was divided between those who held for the most rigorous interpretation of Franciscan poverty (Spirituals and/or Observants) and those who held for some moderation of the strict letter in line with greater numbers and community living (Conventuals). Bonaventure was able to calm this storm. He supported specialist Franciscan houses in university towns, at which friars would be trained to become preachers and spiritual directors. In visiting the houses on his return from Rome to Paris, he won over the respect of all by the extraordinary humility and charity he showed.

Constitutions and the Legenda Maior
At the Narbonne Franciscan Chapter in 1260, along with the definitors, he gave a new form to the old Constitutions. Subsequently, in response to a request of this chapter, he undertook to write a life of St Francis, which became known as the Legenda Maior. Because of this great work he is regarded as the second founder of the Franciscans.

From Narbonne he went to Mont’Alverna (the place where St Francis received the stigmata), and assisted in the dedication of a great church there. Here also he wrote Itinerarium mentis in Deum, or “The Way of the Soul to God“, showing that all riches and comfort are found in God alone and how the soul can find the true way that leads to him.

Declines the archbishopric of York
In 1265 Pope Clement IV nominated Bonaventure as archbishop of York, hoping he would be an accomplished ambassador of the papacy in England, but Bonaventure begged the Pope not to impose that burden on him. 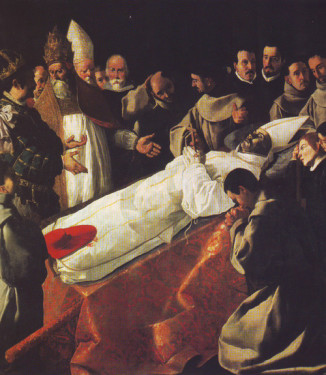 Council of Lyons
In 1273 Pope Gregory X appointed Bonaventure cardinal-bishop of Albano, adding a condition that he could not refuse. He then called him to the Council of Lyons in 1274, where he played an important part in the reconciliation negotiations between East and West. But Bonaventure died while the Council was still in session and was buried at the church of the friars at Lyons.

Mystical writer
Bonaventure united in himself tender piety and profound learning. For him all learning had to further the journey to God. His writings – Commentary on the Sentences, his Breviloquium, De reductione Artium ad Theologiam – deal with all the major questions of philosophy and theology.

The Triple Way
Another work, entitled The Triple Way, expounds the purgative, illuminative and unitive ways of the soul towards God: it became the basis of all later mystical writing.

Seraphic Doctor
Bonaventure was canonised in 1482 and declared a doctor of the Church in 1588. Franciscans are often called the “Seraphic Order” because of the mystical experience of St Francis on Mont’Alverna; Bonaventure is called “the Seraphic Doctor”.