Ss Basil the Great and Gregory Nazianzen, Bishops, Doctors of the Church.
Basil: Born about 330 at Caesarea (Turkey); died there on 1 January 379. First a hermit, then bishop of his native city. Noted for his pioneering monastic rule, and for writings which developed the doctrines of the Incarnation and of the Divinity of the Holy Spirit.
Gregory: Born at Nazianzus (Turkey) in 329; died there in 389. Also a hermit before becoming bishop of Constantinople. Known as the “Theologian” because of his wisdom and acumen in maintaining orthodox doctrine against the Arians.

Basil of Caesarea, his younger brother, Gregory of Nyssa, and his friend Gregory Nazianzen are often called “the Cappadocian fathers” after the province of Cappadocia in central Turkey from which they originated. Although Basil and Gregory of Nazianzen were friends, ecclesiastical politics put strains on their relationship. 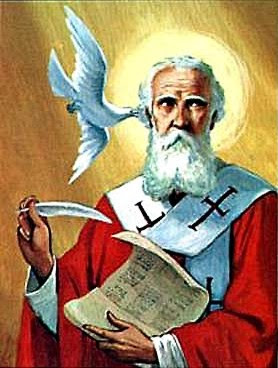 Basil was born in Caesarea in Cappadocia, Central Turkey, of a deeply Christian family (ten children, three of whom became bishops: Basil, Gregory of Nyssa and Peter of Sebaste). His grandmother, Macrina, both his  parents and his eldest sister are all honoured as saints. His maternal grandfather had suffered martyrdom.

Monastic community
Basil received training in rhetoric and philosophy first at Caesarea (where he befriended Gregory Nazienzen), and later at Constantinople and at Athens. After his baptism in 358 he visited monasteries in Syria, Palestine, Egypt and Mesopotamia and on his return set up a community at Annesoi in Pontus, where his mother (now widowed) and sister joined him in giving themselves to prayer and pious works.

Bishop of Caesarea
Basil then left this community to become a hermit with his brother Gregory, but was called upon by Eusebius of Caesarea to refute the Arian heresy. He was ordained priest in 365 and when Eusebius died he was chosen as bishop of Caesarea. Here organised a great complex to care for the sick and to feed the hungry. It was called the Basiliad.

Writings
Basil wrote both a longer and a shorter Rule for monastic life as well as doctrinal writings on the divinity of Christ, the role of the Holy Spirit and the theology of the Trinity (three persons and one nature). He also edited a eucharistic liturgy which is still in use and bears his name. 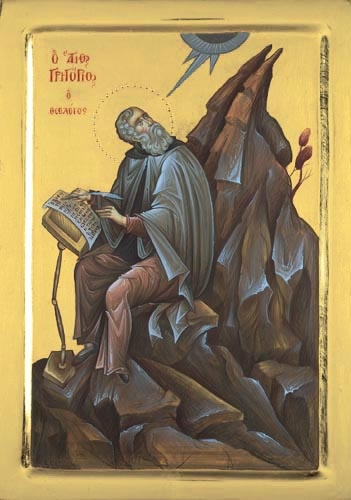 Basil’s friendship with Gregory, his father was a bishop
Gregory also came from a very Christian family with many saints and his father was bishop of Nazianzos. Gregory became a friend of Basil while both were students first at Caesarea and later at Athens. For a while he joined Basil at his monastic community at Annesoi in Pontus. His ageing father put pressure on him to come home and help him manage the home bishopric. Contrary to his own inclination, he agreed to be ordained priest, then fled to Basil for ten weeks and eventually returned to write a work on the nature and duties of the priesthood.

St Gregory – bishop at Sasima, Nazianzos and Constantinople – and resignation
When Basil became archbishop of Caesarea, he had Gregory consecrated bishop of Sasima to keep out a rival. Sasima was not a healthy place and Gregory didn’t actually go there. This strained the relationship between the two. Gregory preferred to help his father at Nazianzos. In 379 the bishops around Constantinople persuaded him to go there to support the Nicene doctrine. He was installed as bishop there and along with the emperor convened the Council of Constantinople (381), which eventually succeeded in overcoming Arianism, but as there was continued opposition to him, he resigned in order to bring peace. He returned to his homeland and for a while resumed as bishop of Nazianzos (Nazianzenos is a Greek adjective, meaning “from Nazianzos”). Gregory then established his successor, retired to his family estate and died on Jan 25, 389.

Dilemmas of his life
Gregory lived his life in a dialectic of stark choices – between being a public speaker (rhetor) or a philosopher; between monastic community or public ministry; between what he felt drawn to himself or what others thought he should do. 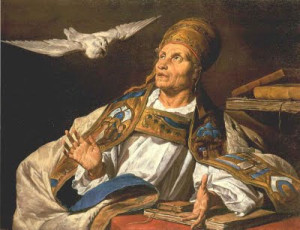 St Gregory and the Holy Spirit

Gregory’s use of “procession”in trinitarian theology
Gregory’s greatest contribution to theology was his use of the word “procession” to describe the relationship between the Spirit and the Godhead: “The Holy Spirit is truly Spirit, coming forth from the Father indeed but not after the manner of the Son, for it is not by generation but by procession, since I must coin a word for the sake of clearness.” This was a significant step forward in developing the theology of the Trinity.