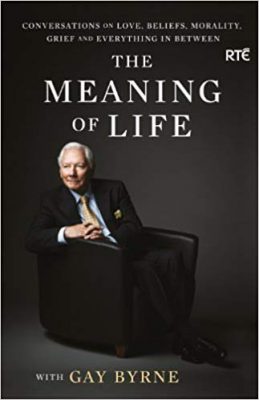 The death has occurred of the veteran broadcaster and campaigner Gay Byrne. He was a man who “will be remembered and quoted for generations”, said Archbishop Eamon Martin of Armagh in his first reaction to the news.

Social issues and current affairs were grist to the mill of both programmes, at a time when there were few alternatives to RTÉ television and radio, with the result that Byrne was often the first to air public discussions about issues that challenged Catholic teaching.

Nevertheless, Byrne identified himself as a Catholic and carried a Rosary ring upon his person.

A master interviewer and entertainer, Byrne was equally adept at handling serious and light-hearted material. Astonishingly, it was a light-hearted item that resulted in his most overt face-off with a member of the hierarchy: in 1966 Bishop Thomas Ryan of Clonfert contacted the Sunday Press to complain about an item involving newly-weds and the resulting furore was known as “the incident of the bishop and the nightie”.

In 1986 Byrne found out that he had been swindled by his personal accountant and that his life savings were gone. He continued beyond retirement age to present music programmes on radio and he presented two television shows, a music programme, For One Night Only, and a series of interviews about faith and belief, The Meaning of Life.

Archbishop Eamon Martin said yesterday that he especially enjoyed that last programme. He described Byrne as “a gifted and groundbreaking broadcaster”. The archbishop said: “May God rest his soul and may Kathleen and his family, friends and colleagues be comforted in their loss.”

President Michael D Higgins described him as a man of great charisma. “Gay Byrne was someone who exuded warmth and presence, who was possessed of effortless wit, charm and who had a flair for broadcasting,” he said. “This was combined with an innate gentleness as a person, professionalism and humour.

“Through his work in radio and on television he challenged Irish society, and shone a light not only on the bright but also the dark sides of Irish life. In doing so, he became one of the most familiar and distinctive voices of our times, helping shape our conscience, our self-image, and our idea of who we might be. Beyond compassion, which he had in abundance, he had a sense of what was just.

“Sabina and I wish to express our deepest sympathy to his wife Kathleen, his daughters Suzy and Crona, his grandchildren, and all his friends and colleagues.”