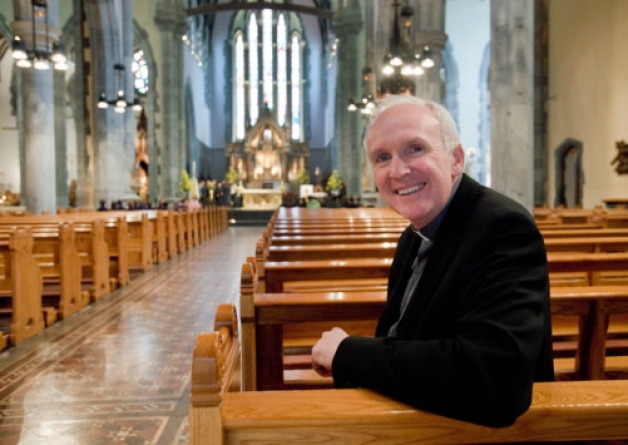 A new Mass setting to mark Limerick’s designation as the 2014 National City of Culture will be performed for the first time at the Easter vigil tonight in St John’s Cathedral.

Composed by Glenstal monk, Fr Columba McCann OSB, the Mass will be simulcast on RTÉ One Television and RTÉ Radio One LW 252/ Digital Platforms from 11pm this evening.

Bishop Brendan Leahy will be the main celebrant and representatives from parishes across Limerick diocese will attend the liturgy.

Speaking ahead of Good Friday ceremonies, which were also broadcast live from St John’s Cathedral, Bishop Leahy said, “Easter is the most special time of the year for the Catholic Church. It’s a time when we remember the suffering of Christ but, moreover, celebrate the resurrection.”

He explained that in the year of Limerick’s designation as National City of Culture, “we are taking a new look at the Christian message of hope that has shaped so much of our culture.”

“Because of Easter, negativity, limits, setbacks are never the end of the story for Christians. There’s always room for positive thinking, encouragement, giving it another go, precisely because at the heart of the Easter story is the message that death has been overcome, cynicism has not won out, new life is possible,” Bishop Leahy said.

He said he was delighted that RTÉ was broadcasting the celebrations.

“It’s a privilege for any community and all the more so because of Limerick’s status as the City of Culture 2014. Each liturgy is, in a sense, a cultural event.”

“The televising from Limerick of the Easter celebrations is a great opportunity to highlight the role of Christ and the Church in Limerick culture.”

The patchwork quilt is made up of over 1,000 squares of cloth – symbols of suffering in parishes across Limerick and in solidarity with those who are struggling or have lost their struggle with illness of any kind over the past year.

Friday’s broadcast included a 9-minute introduction incorporating a number of contributors including:
Kathleen Leddin, Mayor of Limerick, who reflected on what the liturgy meant to her.
Damien Varley, Munster rugby player, who spoke about the importance of faith in his life and how he always has a medal in his right sock.
Tiernan O’Neill, principal of Corpus Christi Primary School in Moyross, who explained about a school project for the Year of Culture.
Barbara O’Donnell outlined the meaning of the garment of suffering, which was placed around the cross during the liturgy.
Tony O’Sullivan, a carpenter who made the huge cross for the Good Friday liturgy and  shared his own personal reflections on the Cross and the Passion of Christ
Bishop Trevor Williams of the Church of Ireland who shared his reflections on the Cross and the Passion of Christ.
Bishop Brendan Leahy, who led the Liturgy of the Passion of Christ on the Cross.

Separately, a crowd of up to 5,000 people attended a re-enactment of the Passion in the parish of Nicker in Co Limerick on Friday afternoon.

The event was organised by the Grean Drama Group and involved as many as 30 actors in the production.

The feature will be updated to include homilies and other texts from bishops from Chrism Masses to the Easter Vigil and Easter Sunday Services as they become available.