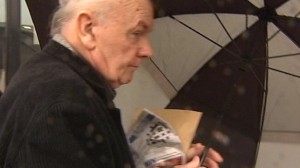 The Vatican’s highest court has rejected an appeal by a former priest of the diocese of Cloyne against his dismissal from clerical state over child sexual abuse.

In a statement on Wednesday, the Vatican announced that Dan Duane from Mallow, who appealed the decision of a canonical court in the Irish church to dismiss him from clerical ministry to the Apostolic Signatura and Pope Francis, had been unsuccessful.

The authorities in Rome said the decision was taken after a long period of deliberation on all the evidence provided.

Responding to the decision, Bishop William Crean of Cloyne said, “We are most grateful to the survivors of abuse who had the courage to come forward to tell their stories. This long and painful process for all involved has now reached completion. We regret that the process took so long.”

The Bishop of Cloyne, on behalf of the priests and people of the diocese, once again extended his deepest sympathy and sorrow to survivors that that they had to suffer so much from a person in whom they had placed their trust.

“I apologise to them once again and to all who have suffered abuse of any kind at the hands of clergy,” he said.

“I want to assure the people of Cloyne that the most comprehensive child protection measures are in place in the diocese to ensure that these evil acts never again occur. We can never be complacent and the work continues on a daily basis, by hundreds of people, to ensure that our children and young people are safe from harm.”

The Vatican’s decision was communicated privately to the survivors of abuse in the case.

The decision by the authorities in Rome follows a canonical hearing by three priests, two canon lawyers and a notary, which assessed the evidence of the victims of Fr Duane.

The ecclesiastical tribunal found the former priest unanimously guilty of sexual abuse and recommended that he should be defrocked.

The canon law court then drew up its report and its recommendations were sent to the Vatican.

Up to 11 complaints of abuse were lodged with Gardaí in the past against Dan Duane from Mallow but just two cases were prosecuted and both of these resulted in not guilty verdicts. The diocese of Cloyne has settled civil cases with at least five victims.