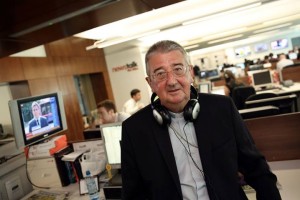 Archbishop Diarmuid Martin of Dublin has hit out at reliance on idle clerical gossip by the Catholic press.

In an interview with ‘The Pat Kenny Show’ on Newstalk FM, the leader of the Church in Dublin said claims by the ‘Irish Catholic’ newspaper that he was in line for a Rome appointment were “based purely on clerical gossip in the Dublin diocese.”

He told presenter Pat Kenny that he was “very happy in what I do” and that he hadn’t been inside the Vatican “in a long time”.

When he travels to Rome he visits friends and their families he said.

“We have to get away in religious journalism from this type of idle speculation and clerical gossip,” he said.

Speaking about Pope Francis’ appointment of Archbishop Pietro Parolin as the Vatican’s new Secretary of State, Archbishop Martin described him as someone he knew well.

“He is a person of great integrity who is extraordinarily well respected” but had been eased out of his role in the Secretariat of State and appointed nuncio to Venezuela.

At 58, Archbishop Parolin is ten years younger the Archbishop highlighted.

Elsewhere in the interview, Archbishop Martin was asked about gay marriage and said the Church needed to learn to “fight its battles” in a more respectful way.

Stating that the Church’s position on marriage would not change, he said it must nevertheless remain respectful in any debate on the issue.

“The Church has taken a very strong line, and I don’t think people would expect the Church not to do that,” he said.

“But … the Church has to learn how to fight its battles in a respectful and in a noble way,” he added.