Home > Featured > Religious are cut to the heart by negative media

Religious are cut to the heart by negative media 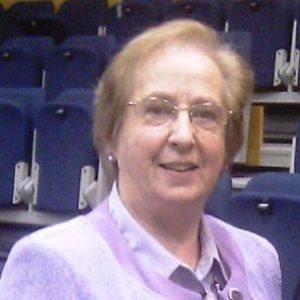 The derision with which the word ‘nun’ is now used on Irish television and in the national print media is cutting to the heart of many who have “put their lives on the line for values that are foundational to human flourishing,” says Sr Una Agnew, who is Professor of Spirituality at the Milltown Institute in Dublin.

Listening to what is said about those in religious life by “the voices of the so-called liberal agenda on RTÉ, as well to the ‘opinion formers’ of the nation in the press, is anything but ennobling,” Sr Agnew wrote in a letter to the Irish Times on Friday 19 May that claims “Any meaningful God-talk is being banished from public discourse.”

The St Louis Sister acknowledges that mistakes were made in the past by those who acted out of Christian mores, but says that “good has also been achieved, at least in equal measure”.

She wrote that “Being a nun comprises the totality of one’s life – one has no other life in which to take refuge – and yet it is a totally fulfilling vocation which has brought happiness to many. Nuns are human beings who, at a moment of their young lives decided (compelled by some inner motivation) to give their lives to one or other great cause – education of others, social solidarity, care of the sick, ministering to the poor and most abandoned in society, or simply to a mystical way of life. Prayer and belief in one’s life-choice is the glue that sustains such people. Nuns want to make a difference and do this for God.

“It is not nun-like to blow one’s own trumpet, yet no one is likely to do it for us; though many in high places have reason to be grateful. But what will be shouted from the hilltops are mistakes that have been made, difficulties arising when the business dimension of mission collides with the ideology that first inspired it. Nuns have had to climb steep learning-curves to live up to their ideals. There may have been, in some cases, a tardiness in coming to grips with modernity, post-modernity and neo-atheism, and so on, yet no group, to my knowledge, has invested more in updating themselves and others to contemplate our changing society through the lens of an ongoing reinterpretation of Gospel values.”

This ongoing renewal doesn’t appear to have been noticed by the mainstream media, says Sr Agnew. Instead: “The same old clichés are still being trotted out and caricature images of ‘nuns’ repeated ad nauseam.”

Concluding her letter, Sr Agnew noted wryly: “Recently, a nun friend of mine, shopping in Ranelagh, was offered a word of sympathy on ‘the bad press nuns are receiving’. She simply turned and said, ‘I couldn’t care less, as long as God knows the truth.’

“Not all of us can live in such carefree self-abandonment to divine providence. Yet many are forced to do just this because the mountain of articulated negativity seems impossible to scale.”