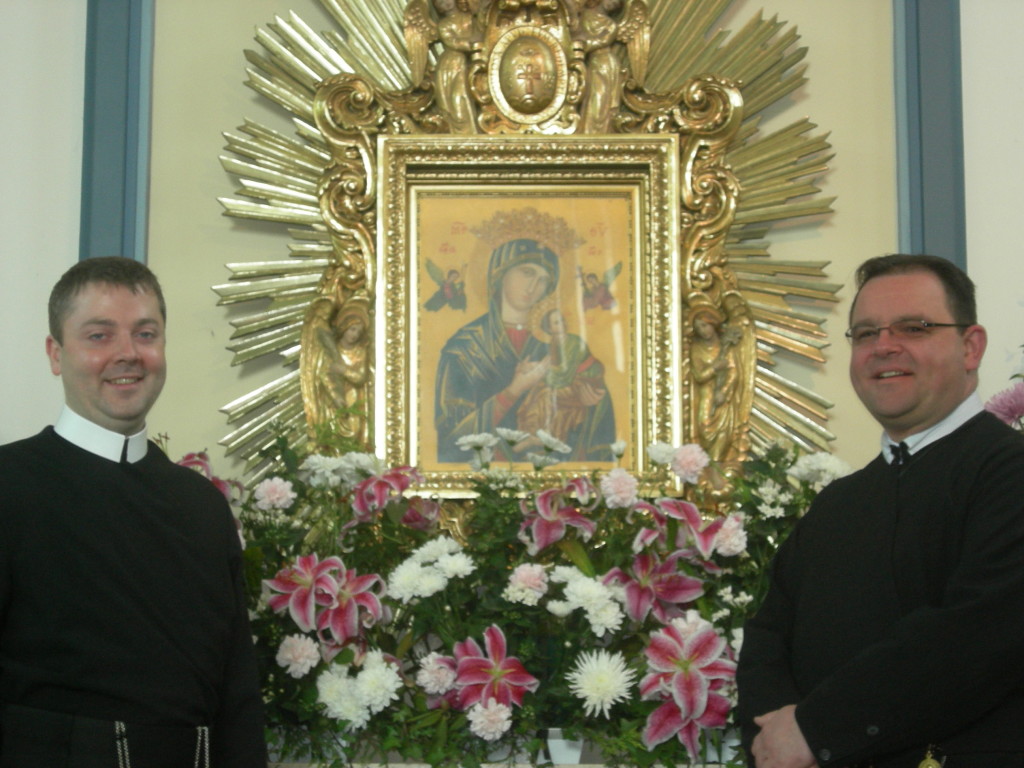 Concern appears to be mounting among some members of the Irish Redemptorists that the negotiations between the Vatican and censured priest Fr Tony Flannery have reached stalemate.

This week’s issue of the international Catholic weekly, The Tablet, reports that frustration among some Irish Redemptorists appears to be mounting.

This became evident at a recent public meeting addressed by Fr Flannery on the issue of Church reform at which a young Redemptorist priest expressed his concern.

Fr Sean Duggan called on the Redemptorist authorities to restore Fr Flannery to full priestly ministry without any conditions.

He also demanded that they issue an apology to him for the way in which he has been treated by the Vatican authorities.

Fr Flannery was censured by the Vatican in 2012 and forbidden to minister as a priest over what the CDF considers are heretical views on the Eucharist and priesthood.

Fr Duggan (34) told The Tablet that he had spoken out of “a deep care for our Church”.

Speaking to CatholicIreland.net, the young parish priest said the comment was made was in the context of a reflection on Evangelii Gaudium where Pope Francis asks for a rethinking of different elements of Church life.

“Francis, among many things, mentions the need for a reconciling Spirit of respect and love when engaging with different views and approaches to theology and pastoral practice,” he said.

The current stalemate between his confrere and the Church authorities was “symptomatic of the ‘web of obsessions and procedures’, referred to in Evangelii Gaudium, which smothers discussion and ghettoises our Church,” Fr Duggan said.

The situation was not only an internal Redemptorist matter, he warned. “The stalemate between Tony Flannery and Church authorities is symptomatic of a far broader issue in our Church,” he said.

A member of the Redemptorist provincial council in Ireland which oversees the congregation’s 100 members in Ireland told The Tablet that he regretted that Fr Flannery’s “exclusion from ministry” has not yet been resolved.

Fr Gerry O’Connor said he was trying to work within the circles of influence open to him to achieve a breakthrough that would see the priest returned to ministry.

Failure to achieve a breakthrough would not auger well for renewal or a new era or an inclusive church, he said.

Fr O’Connor warned that if “the current stalemate eventually and irretrievably becomes an endgame, I think there will be a need for straight-forward talking both privately and publicly.”

Separately, the Redemptorist rector in Limerick, Fr Adrian Egan, told CatholicIreland.net that “a number of Redemptorists” continue to express their support publicly and privately for Fr Flannery as they believe “he has been treated unjustly.”

Fr Egan said that he and other Redemptorists had expressed their support to the superior general of the Redemptorists, Fr Michael Brehl, by email, letter, and personally.

“The issue would also have been raised and discussed at many internal forums within the Irish Redemptorists, formally and informally.

He added that there was a “belief among a number of us that he has been treated unjustly.”

But he underlined that the Redemptorists have tried to be sensitive to the people and processes involved.

“As with the Church at large, there would be differences of opinion among Redemptorists about the issues that the CDF raised regarding Fr Tony, and the manner in which they have been handled, and there have been many opportunities for those different opinions to be raised and discussed,” he explained.

Meanwhile, the censured Redemptorist has said that even if the Vatican invited him back into ministry today, he wouldn’t accept unless all sanctions against Irish theologian, Fr Sean Fagan, are also lifted.

Fr Fagan incurred the ire of the church authorities with his 2010 call for an inquiry into the handling of cases of clerical sexual abuse in every diocese in the Irish church. He is also seen as a theological liberal because he supports contraception, married priests and holds a more inclusive attitude to homosexuality.

“I wouldn’t dream of going back into the ministry without all sanctions on Sean Fagan, in particular, being lifted,” Fr Flannery told The Tablet.

“It is important to stress that this not just about me – it is about all six of us,” he said of the group of Irish priests targeted by the Congregation for the Doctrine of the Faith (CDF) in recent years, who are all still under sanction.