Red Wednesday in solidarity with persecuted 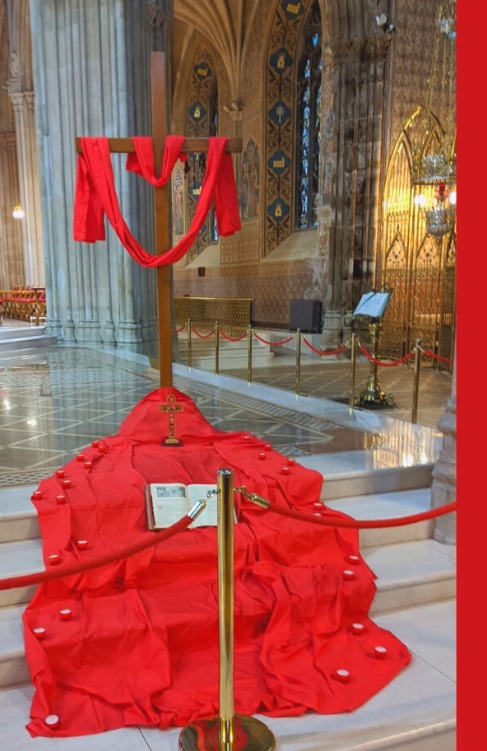 A “Liturgy of Witness” was held yesterday, Red Wednesday, at Saint Patrick’s Cathedral, Armagh. This was just one of many events during this special “Week of Witness”, when Christians across the island of Ireland and in Britain stand in solidarity with those who are persecuted for their faith across the world.

“Many churches and public buildings in Ireland and Britain are being lit up in red this week, and people are encouraged to wear a red item of clothing to help shine a light on the reality of Christian persecution across the world, and to highlight the injustices perpetrated against other minority and faith groups,” said Archbishop Eamon Martin.

He thanked God for the freedom of worship and religion that people enjoy in Ireland but added, “I recognise that to be like Christ in an increasingly secularised world means being different, counter-cultural, and not easily swayed by the prevailing attitudes and opinions around us.”

He urged people to pray for “the gift of courage, the grace of witness and loyalty to Christ” for Christians all over the world and especially for those who continue to be challenged, attacked, displaced or even murdered for what they believe in.”

Last night, on the eve of the Red Wednesday Vigil, a special lecture was given in Dundalk by Jean Harrington, who wrote the book Murder in the Missions – a true story about two Columban missionaries in the Philippines, Father Des Hartford and Father Rufus Halley.

On Wednesday missionaries held in their prayers Fr Luigi Maccalli, SMA Father, who was kidnapped in September 2018 in the Niger Republic. They prayed for his missionary brothers, his family and especially for the people of Niger whom Fr Luigi served. They also prayed for all those who are persecuted because of their beliefs. 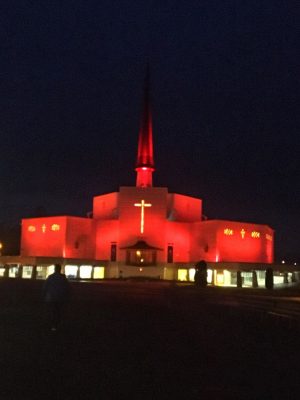 Many wear red or light buildings red during the week, including Navan parish, which lit the Trimgate Cross all week as a reminder to pray for all who are persecuted for their Christian faith and freedom throughout the world. Likewise, the Basilica at Knock Shrine is in red this week.

In Armagh on Thursday Archbishop Eamon Martin continues with celebration of a special 10 a.m. Mass in Saint Patrick’s Cathedral, during which special prayers will be offered for all who give witness to their faith in the world today. After Mass, the Archbishop will join with all the young people who are to be confirmed in the Cathedral Parish this year, in leading a “Walk of Witness” within the Cathedral.

The Week of Witness is organised and promoted by the Catholic charity, Aid to the Church in Need (ACN), and is held every year from 25 November to 1 December. This special week involves important talks and exhibitions throughout the island of Ireland on the theme of Christian persecution.

This year ACN Ireland was involved in Red Wednesday Prayer Vigils in dioceses and parishes throughout the country. Red Wednesday allows people to gather as a community to pray not just for persecuted Christians but also for the persecutors of Christians.

ACN points out that 80 per cent of people persecuted throughout the world are Christians. This amounts to 245 million Christians who face extreme persecution for their faith.