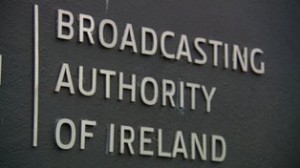 The Broadcasting Authority of Ireland has rapped RTE’s Ray D’Arcy Show for failing to uphold fairness, objectivity and impartiality in its broadcast of an interview with Colm O’Gorman of Amnesty Ireland on the issue of abortion.

The BAI said that listeners to the programme “would have reasonably concluded that the presenter endorsed the views of his interviewee and was articulating a partisan position”.

The radio programme in question involved an interview with Colm O’Gorman of Amnesty Ireland in June 2015 which highlighted the launch of Amnesty’s latest campaign based on the report ‘She is not a criminal: the impact of Ireland’s abortion law’.

The report calls for the removal of the 8th Amendment, the constitutional protection from unborn children on the grounds that there is a human right to abortion.

The 8th Amendment was inserted into Article 40.3.3 of the Constitution in 1983 and guarantees to vindicate, as far as practicable, the equal right to life of the unborn and that of the mother.

In their decision, the BAI found that when Ray D’Arcy was interviewing Colm O’Gorman he “was articulating a partisan position”.

The finding against RTE also highlighted that the subject of the interview was a “topic of public controversy and debate, in which the interviewee made consistent and strong criticisms of the approach of the Irish State to access to abortion”, and that “the presenter provided very little in terms of counterpoints to those of his interviewee”.

Responding to the BAI finding that the radio programme was biased in favour of abortion, Sinead Slattery of the Pro Life Campaign said, “The public are entitled to hear both sides of the story on the abortion issue. It does a grave disservice to listeners when the state-funded broadcaster pushes one agenda.”

She added, “The Ray D’Arcy Show has continually failed to seek interviews with women who regret their abortions or women who gave birth to babies with life-limiting conditions despite a difficult pre-natal diagnosis. It’s not good enough.”