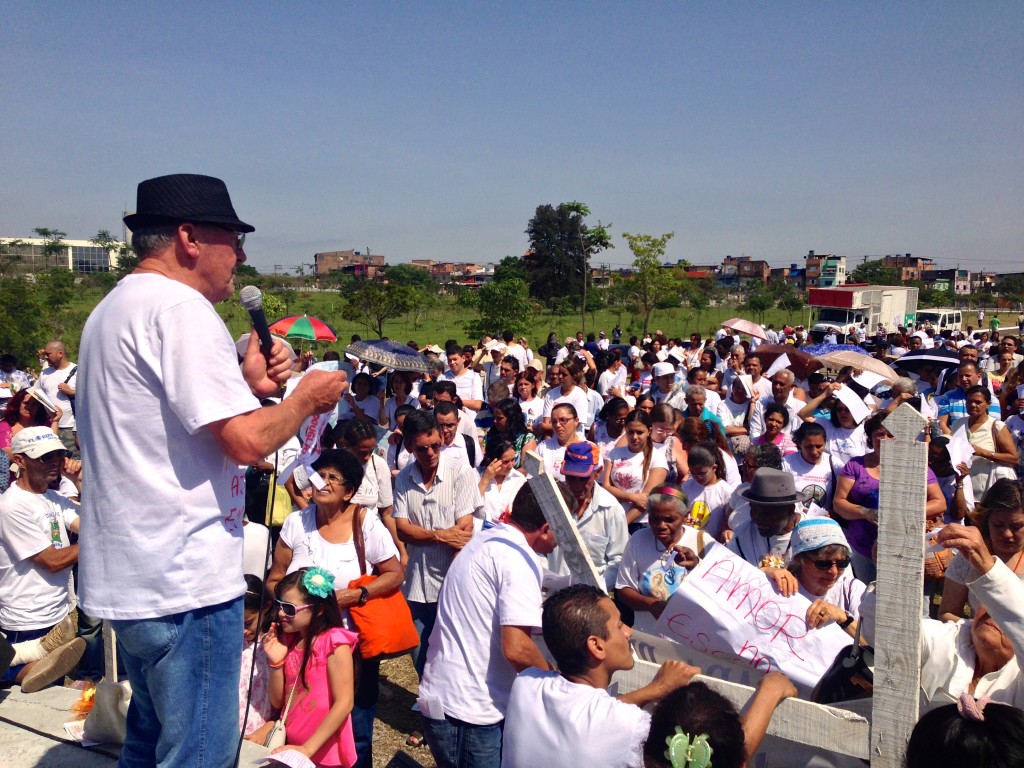 A new radio documentary to be broadcast this Easter weekend focuses on Irish missionary Fr Jim Crowe who has worked in Brazil’s favelas for over twenty years.

‘The Garden: Jardim Ângela’ recounts how the Kiltegan priest advocated for some of the world’s most marginalised people in the Jardim Ângela favela in São Paulo.

The Co Clare-born priest is a well-known human rights activist who mobilised 300,000 people to demand peace in one of the most violent places on Earth.

By bringing people together, Fr Crowe helped the local community to transform the favela.

When the Saint Patrick’s Missionary Society priest first started working in Jardim Ângela in 1987 it was one of the most dangerous favelas in São Paulo.

Located in the south-west outskirts of the city, Fr Crowe was presiding over 35 funerals every day.

Many of the dead were victims of the drug-related violence, and Fr Crowe struggled to comfort the number of grieving families.

The reality of living in the favela was highlighted in 1996 when the UN declared the Jardim Ângela as “one of the most dangerous places in the world.”

“It’s not enough to stay praying about it, that isn’t going to solve the problem,” Fr Crowe has said.

Through word of mouth, he organised the ‘March for Life and Peace’, which brought the local community out onto the streets.

After the ‘March for Life and Peace’, Fr Crowe worked with the local community to keep the momentum going.

A forum in defence of life was established, and it drafted a ten point proposal for a community police force – one that would work with the community to solve its problems, and be free of corruption.

Still one of the forum’s major successes, the community police force started working in the favela in 1997.

Fr Jim Crowe is one of many Irish missionaries around the world who helped transform a community.

The documentary focuses on Fr Crowe’s journey as he leads the March for Life and Peace to remember São Paulo’s fallen martyrs.

‘The Garden: Jardim Ângela’ will be broadcast as part of Newstalk Radio’s Spring Season of Documentary on Saturday 19 April 2014 at 7am and Sunday 20 April at 11pm.