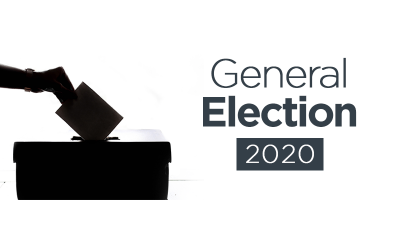 The next government needs to “put people first and not always be bound by market forces and private developers,” Archbishop Eamon Martin and Bishop Michael Router have said.

In their joint statement ahead of the 8th February vote, the two church leaders in Armagh said the people of Ireland are going to the polls “at a very difficult and challenging time for many in our country”.

They said the general election provides an opportunity for citizens to choose those who will set out the changes they wish to see.

In their statement, the two bishops highlight five areas of concern: housing, healthcare, crime and gangland violence, Brexit and the life issues.

On the day on which the UK departed the EU, Archbishop Martin and Bishop Router said their diocese, which straddles the border, will be “greatly affected” by Brexit.

They said it will be “extremely important” that the free movement of people and goods across the border will be maintained and that the process of peace building, reconciliation and understanding on the island of Ireland is not threatened in any way.

“Border communities need to be consulted on the financial, technical and social supports they will need to offset any negative repercussions from Brexit,” they stressed.

On housing and homelessness, they said too many young couples and families are living in rented accommodation that they can barely afford.

Even though they work hard, they have little prospect of owning their own home because they have been “priced out of the market”, particularly in major urban areas.

“The right to own one’s own home is a basic human right. The next government needs to put people first and not always be bound by market forces and private developers,” they challenged.

The bishops also suggested that each local authority must receive the necessary resources to provide affordable housing for those most in need.

“Ireland, as the country of ‘one thousand welcomes’, must also consider with compassion its responsibility for welcoming the stranger and meeting the accommodation needs of those migrants and asylum seekers who come here.”

Another issue the two bishops highlighted was healthcare. They warned that the health system must put patients’ needs first, reducing waiting times for treatment and ending the indignity of an ill person being left on a trolley for long periods.

They suggested that every medium sized town should have a primary care centre to look after the basic health needs at a local level. They also called for more public nursing care beds for ‘step-down’ services to free up beds in acute hospitals, and more home care packages for those who wish to receive or provide care in the home and family.

The two churchmen said the salary and working conditions of nurses and other frontline health workers should be commensurate with their invaluable service to society.

On the issue of crime and gangland violence, Dr Martin and Dr Router said people are concerned about the huge increase in the sale and abuse of illegal drugs which have fuelled gangland violence and led to an erosion of law and order in many communities.

“Extra resources are needed to tackle this problem at its roots, including for outreach services and rehabilitation for addicts, and for Garda support. Appropriate legislative changes must also be prioritised to effectively halt those who ‘get rich’ on the misery of others.”

The fifth issue they highlighted was the need for a consistent culture of life.

“Our politicians, and all who serve the common good, have an important, but challenging, responsibility to support laws which uphold the dignity of every human person made in God’s image – even when this is not the popular opinion to hold.”

They reiterated that laws and policies that fundamentally contradict the moral law, such as those that would violate the life and integrity of any person at any stage, from conception to death, are fundamentally unjust and must be opposed, not only on the grounds of faith, but also by virtue of right reason.

“We must make it clear to all those seeking our vote that we expect them to support the sacredness of all human life, the dignity of the person, and the centrality of the family.”

“In response to so many of our young people who feel passionate about the issue of climate change, and in solidarity with those marginalised and poor people in the world who are disproportionately affected, we also ask our new political representatives to lead meaningful progress in this country on climate goals and care for the environment,” they appealed.

The two bishops concluded their statement by acknowledging the privilege and social responsibility to vote in elections and said it was something that should never be taken for granted.

Encouraging everyone to exercise their right to vote, they suggested that, before doing so, people should question and challenge candidates on the five issues they addressed in their statement.

“We also ask for prayers for our politicians – that they may build in Ireland a truly compassionate society that respects all life and puts people first,” they said.