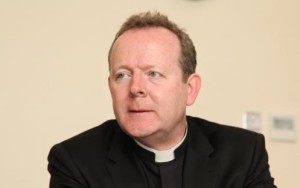 In a statement to mark the opening of Prisons Week, the Primate of All Ireland, Archbishop Eamon Martin, invited the public to “think in a special way about those who are in our own prisons here in Ireland”.

Acknowledging that prison is society’s way of punishing people for serious wrong doing, he said we ought never to forget the many victims of crime who have suffered, or give the impression that we excuse these crimes.

However, the Archbishop added that “caring for our prisoners – and about the conditions in which they are being held – is a Christ-like thing to do”.

In his statement on Sunday, the Archbishop of Armagh said that when he visits a prison, he always comes away with “a sense of sadness for those who must spend time there, and with regret at the waste of talent and opportunity that prisons represent”.

“In some ways our prisons reflect back to us the problems of society and the shadow side of life which we might prefer to keep out of sight and out of mind.”

He said the problems experienced in society are often experienced even more intensely in prisons; problems such as bullying, intimidation, addiction, isolation and hopelessness.

The Archbishop added that sometimes we forget that prisoners themselves are women and men with families and children who care about them and who miss them.

“It is vital that our prisons are sufficiently well resourced in terms of expertise and services to respond to the many needs that are there. Prisons cannot be seen by society as mere ‘dumping grounds’ for those who deserve no better,” the head of the Church in Ireland stated.

He added that ideally our prisons should be places of redemption, renewal, and hope, where lives can be changed and turned around for the better.

In Northern Ireland, according to Archbishop Martin, aspects of the prison system still reflect the legacy of the troubled and divided past.

Referring to last week’s publication of the Stocktake Report into the prison regime in Maghaberry, he said he believed it offered space and hope for an end to the long running tensions within the prison.

He added that the report’s recommendations offered an opportunity to make further progress in resolving the outstanding issues – and to cooperate in addressing the concerns of prisoners, families and staff – that have led to tension in recent years.

Elsewhere in his statement, Archbishop Martin said that as a society we owe a debt of gratitude to those who work in prisons in all sorts of different roles.

“An essential aspect of their work is to ensure that the dignity of prisoners is respected at all times,” and he underlined that in turn, they must be able to do their work safely and without threat to themselves and their families.

He also paid tribute to the “vital work” of the prison chaplains, who are dedicated to providing for the spiritual, pastoral and practical needs of prisoners, their families and the staff.

The Primate underlined that the victims of crime in society must not be forgotten.

“The legacy of crime, especially any type of sexual or violent crime, can have long-lasting consequences for the person concerned and for their families. Survivors of such dreadful crimes need reasons for hope. They too need help, expertise and resources to help them to make the journey to hope,” he said.

The Archbishop also recalled that last year it emerged that at some of his morning Masses at the Vatican, Pope Francis used Communion hosts made by a thirty-eight year old woman prisoner at the San Martin Penitentiary outside Buenos Aires.

“Pope Francis seems to have a special place in his heart for prisoners,” he said.

He added that the Pope reminds us not to forget about prisoners and to pray that the Lord will help them overcome this difficult period in their lives.

The Prisons Week Prayer:
Lord, you offer freedom to all people.
We pray for those in prison.
Break the bonds of fear and isolation that exist.
Support with your love prisoners and their families and friends, prison staff and all who care.
Heal those who have been wounded by the actions of others, especially the victims of crime.
Help us to forgive one another, to act justly, love mercy and walk humbly together with Christ in his strength and in his Spirit, now and every day.
Amen