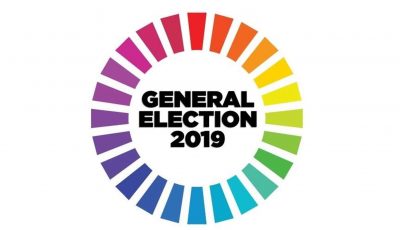 The Primate of All Ireland has called for a rebuilding of trust between people and parties of different political perspectives in the wake of the outcome of the UK general election.

In a tweet, Archbishop Eamon Martin of Armagh said this was needed in order “to progress peace; to tackle poverty, homelessness, pressure on our hospitals and schools; and to promote a culture of life.”

In a separate tweet, Archbishop Martin said, “Everyone who assumes the responsibility of governing should ask themselves: Do I love my people, so that I may better serve them? Am I humble enough to hear the opinions of others so as to choose the best way of governing?” (Pope Francis)

He urged people to “Pray for our politicians.”

Thanking all who stood for election for their willingness to provide civic leadership and congratulating those elected, Dr Martin added, “May they work with common purpose for all sections of society, especially the most marginalised.”

Thursday’s vote across the UK saw the Conservative Party secure a resounding majority, taking 365 seats out of the House of Common’s 650 seats, an increase of 47 on the 2017 election. The Labour Party won 203 seats, dropping 59 seats on 2017.

The result means the Conservative Party is no longer reliant on the DUP.

In Northern Ireland, voters returned a majority of nationalist MPs for the first time ever with Sinn Féin securing 7 seats, the SDLP two while the DUP securing eight, down two from 2017. The Alliance Party won one seat.

On Friday evening, the Taoiseach Leo Varadkar spoke to Prime Minister Boris Johnson by phone. The two leaders pledged to try to restore the institutions in Northern Ireland and bring the various parties together in Stormont.

They also discussed the UK’s withdrawal from the EU.

Meanwhile, following the election results, the head of the Catholic Church in England and Wales, Cardinal Vincent Nichols of Westminster issued a statement saying the vote outcome “offers a fresh start with some clarity”.

But he added that “it has to be fresh in more ways than politics”.

Cardinal Nichols said a lot of damage had been done over the past few years. “It has been toxic, dominated by blame,” he criticised.

“We have to put that behind us, look each other in the eye and see the good in the other. As we approach Christmas it is the birth of Christ, the embodiment of God’s goodness, that we celebrate. It is that streak of goodness written in every person that we have to see and rediscover. Concentrating on the good in every person is the fresh start we should seek,” he said.

The Archbishop of Canterbury Justin Welby tweeted: “Please join me in praying for everyone involved in politics to disagree well – for kindness, respect and hope to lead the way towards a vision for our country that truly serves the common good.”

He added, “Throughout this new parliament, I pray that the voices of those on the margins are placed at the centre, and that every effort is made to ensure that every person and community in our wonderful country is able to flourish.”