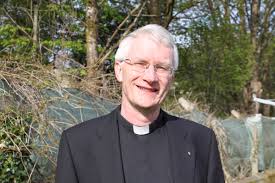 Preparations are underway for the Episcopal Ordination of Fr Ray Browne as Bishop of Kerry on Sunday.

The ordination ceremony is due to take place in St Mary’s Cathedral in Killarney, Co Kerry at 3pm and a number of Irish bishops, as well as family members, friends, religious, priests and laity will attend the ceremony.

The principal ordaining bishop will be Archbishop Dermot Clifford of Cashel and Emly. He will be assisted by the Apostolic Nuncio, Archbishop Charles Brown, and Bishop William Murphy of Kerry.

The ordination will be concelebrated by Cardinal Seán Brady, Primate of All Ireland, while Rev Professor Séamus O’Connell will preach the homily.

The ordination Mass will be broadcast live by Radio Kerry between 3 and 5pm on Sunday 21 July and it will also be live streamed on dioceseofkerry.ie.  It can also be accessed at goo.gl/N5fjn.

On 2 May 2013, Pope Francis appointed Fr Browne, the parish priest of Ballagh, Co Roscommon, in the Diocese of Elphin as the new Bishop of Kerry.

The Bishop-elect will now preside over a diocese which includes Co Kerry and part of Co Cork with a Catholic population of over 144,000 people, across 53 parishes and 111 churches. The Patron of the diocese is St Brendan.

He studied for the priesthood for the diocese of Elphin between 1974 – 1982 and obtained a BSc from University College Cork in 1978. Afterwards, he obtained a BD from St Patrick’s College, Maynooth in 1981. He specialised in canon law and obtained a Licence from the Gregorian University in Rome in 1983.

Following ordination in July 1982 at the Church of Ss Peter and Paul in Athlone, he was appointed spiritual director at Summerhill College from October 1983 until June 1986.

Later, he was made curate in Roscommon town and took on a role with the Galway Marriage Regional Tribunal. He was made Judicial Vicar from October 2002 – July 2008.

Fr Browne was appointed parish priest of Ballagh in August 2008 and remained there until his appointment as Bishop of Kerry. He has over five years experience as diocesan designated person for safeguarding children.