Prayers for Purfleet: Archbishop of Armagh appeals for help to end human trafficking 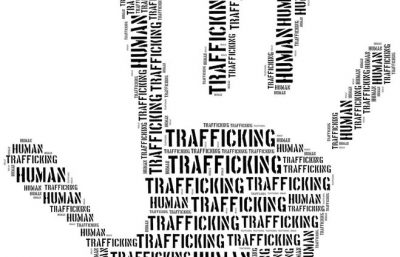 Prayers were said in Newry Cathedral yesterday (Sunday) for all those affected by the human trafficking tragedy in Essex last week when the remains of 39 people were found inside a refrigerated HGV container at Purfleet Docks.

Speaking at midday Mass at the Cathedral of Ss Patrick and Colman, Archbishop Eamon Martin of Armagh called on everyone to pray for those who had perished, for their loved ones and for all those caught up in “this gruesome situation”.  He added: “Pray that the identities of the dead can be quickly established and that all those responsible be stopped and brought to justice.”

Reminding the congregation of Pope Francis’ description of human trafficking as “an open wound on the body of contemporary society – a scourge upon the body of Christ”, Archbishop Martin said: “Migrant smuggling and human trafficking feeds on the desperation of vulnerable people, many of whom are fleeing from violence or economic uncertainty.

“Smugglers and traffickers exploit children, women and men who are prepared to use drastic measures to reach what they think and hope will be a better life, often only to be enslaved and manipulated in forced labour or prostitution.”

Archbishop Martin said that the horror of the Purfleet tragedy should awaken people to the fact that human trafficking may be happening before our eyes, in our own parishes and in our own towns.

“Let us resolve to raise awareness, to keep our eyes open and to cooperate at all levels of society for an end to this evil in our midst. May those who have died find rest in the peace of Christ, and may their loved ones be consoled in the pain of their loss.”

The Association of Leaders of Missionaries and Religious of Ireland has put together an online factsheet describing what steps ordinary people can do to prevent human trafficking. This fact sheet can be accessed at www.aptireland.org.