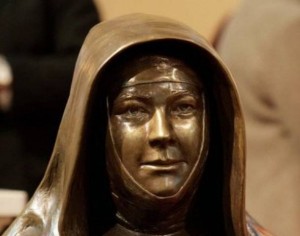 In the week marking of the feast day of Australia’s first saint, Mary MacKillop, members of the religious congregation she founded, the Josephites, have invited Australians and people of goodwill around the world to join them in prayer in solidarity with the country’s asylum seekers.

The move follows the recent announcement by the Australian Federal Government that it intends to send asylum seekers arriving in Australia to Papua New Guinea.

Many in Australia and beyond have expressed serious concern about the state’s lack of compassion for desperate people fleeing for their lives.

In response, the Josephites and their Associates have announced that they will pray, write letters, sign petitions and ring politicians to plead for greater humanity and justice.

“Mary’s feast (8th August) is an opportunity for all of us to engage in a communal prayer that will enable us to stand with those who have been pushed to the edges and excluded from our land,” the Sisters said in a statement.

A space with suggested prayers, and room for posting reflections and prayers online has been made available on the Mary MacKillop website.

“As we keep vigil on this feast of Mary MacKillop – an Australian woman, whose life was motivated by compassion for those most in need – we too pray for compassion,” the Sisters have written.

“We grieve for those who will suffer enormously because of the actions of our Government. But we mourn also the apparent undermining of what is best in our nation’s values by turning our backs instead of extending our hands,” they added.

The Josephites are not the only Religious Sisters who have called for prayers and action on behalf of asylum seekers in Australia.

The Sisters of Mercy of Australia and Papua New Guinea expressed their “deep distress” and condemned the Australian Government’s new policy, which Sr Bernice Loch said would “increase the suffering and anguish of asylum seekers and simultaneously diminish our common humanity.”

The Sisters of Mercy have lived and worked in Papua New Guinea for more than 50 years.

They said this proposal would impact on the members of the island nation as the Papua New Guinea government already struggles to offer adequate health, education and housing services, and law and order for its existing residents.

According to the Australian Department of Immigration & Citizenship, applications for asylum for the first three quarters of 2012-13 are already ahead of the entire number of applications for 2011-12, with 17,698 asylum seekers as of March 2013.

Data covering 2011-12 shows that, for the first time, boat refugees out-number asylum seekers arriving at airports. The largest number of these came form Afghanistan and Iran. 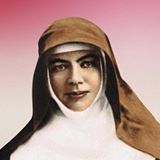 UNHCR statistics show that even with recent increases in the numbers of asylum seekers, Australia takes a very small percentage of the world’s refugees, just 3% in the latest figures for 2012, although that is up from 1% in 2008. USA took the largest number of refugees in 2012 in total 17%.