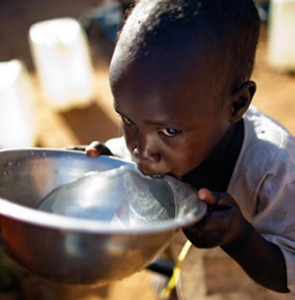 The Chairperson of a group of Eco Congregations in Ireland has called for a review of Church’s theology to better take into account the environmental dimension of faith.

According to Sr Catherine Brennan SSL, “The Christian tradition has an environmental dimension going back to the early Fathers and Mothers of the Church. It needs to be recognised and revived.”

She was speaking to CatholicIreland.net as the Christian Environmental Network (ECEN) marks Creation Time.

In 1989, the Ecumenical Patriarch, Bartholomew I, leader of the world’s 250 million Greek Orthodox, suggested that 1 September, the first day of the Orthodox Church’s year, should be observed as a day for “protection of the natural environment.”

The proposal was taken up and all the Christian Churches try to dedicate time to praying for the environment and making people more environmentally aware.

The theme of this year’s Creation Time is ‘water justice’ which corresponds with the UN’s International Year of Water Cooperation.

“People were absolutely amazed when we looked at what can be done with 1,000 cubic litres of water,” Sr Catherine told CatholicIreland.net “One woman told me she had never thought of it that way before.”

Currently one in six people in the world don’t have access to safe water.

“Future wars are going to be fought about water,” Sr Catherine commented.

The Eco Congregations suggest simple ways of saving water: fixing dripping taps, shower rather than bathing, collecting  rainwater from downpipes in a water butt and using it to water the garden, using dishwashers and washing machines when they’re full, boiling only as much water as needed for drinks. Even turning off water while shampooing and conditioning hair, can save more than fifty gallons of water a week, its website advises.

The organisation fully supports the introduction of water meters. “It will make us all focus on the importance of water and saving water,” she said. “I absolutely support the metering of water. It could have a great effect in parishes too.”

The ‘Water Justice Prayer Service’ and other resources for Creation Time are available for download from the Churches Together in Britain and Ireland (www.ctbi.org.uk).

Eco Congregations Ireland, an ecumenical organisation established by the Inter Church meeting, is encouraging parishes or other communities to use the prayer service, sermon notes or other resources at some stage during Creation Time.

One chart, for example, the virtual water cube activity, demonstrates how much water it takes to produce many of the foods people eat regularly.

“I would encourage people to pray and act for the environment – especially at this time of the year,” Sr Catherine said.