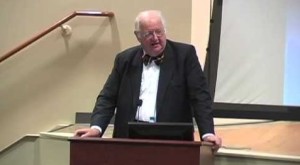 Long term reduction of poverty can solve the migrant crisis in Europe according to the economist who has been awarded the 2015 Nobel Prize in Economics for his work on consumption, poverty and welfare.

“What we are seeing now in some places is the result of 100s of years of unequal development in the rich world, which has left a lot of the world behind,” warned the newly announced Nobel laureate Angus Deaton.

“Those people who have been left behind would like a better life and that is putting enormous pressure on boundaries between the poor and rich world,” he said.

“I think poverty reduction in poor countries will solve the problem but it’s not going to happen for a very long time and in the short-run stabilising the politically volatile situation would help.”

Deaton’s work has entailed analysing data on welfare and poverty.

He has hit the headlines for controversially stating that foreign aid from Western governments does not solve the problem of poverty, nor help developing countries because it is based on a misdiagnosis of what makes and keeps people poor.

His studies into such topics led to the awarding of the prize.

Announcing the decision, Göran K Hansson, Deputy Chairman of the Nobel Foundation stated, “The Royal Swedish Academy of Sciences has decided to award The Sveriges Riksbank Prize in Economic Sciences in Memory of Alfred Nobel for 2015 to Angus Deaton, Princeton University, NJ, USA for his analysis of consumption, poverty, and welfare.”

The foundation stated that the Scottish economist, who now lives and works in USA, has through his research helped transform the fields of microeconomics, macroeconomics, and development economics.

The citation states that in order to help design economic policy that promotes welfare and reduces poverty, an understanding of individual consumption choices must first be grasped.

“More than anyone else, Angus Deaton has enhanced this understanding,” it stated.

At the press conference to announce the prize, which will be awarded in December, Angus Deaton said, “I think that (as) someone who is concerned with the poor of the world, with how people behave, and what gives them a good life, I am so delighted not for myself, but because this work has been recognised.”

He also stated that the world is seeing a decrease in poverty but added that the problems are far from over.

“I don’t want to sound like a blind optimist – the truth is the world bank estimates that 700 million people live in something close to destitution; there are enormous health problems among adults and children; in India half the children are way undernourished there is also tremendous health issues. We are not out of the woods yet for many many people in the world.”

He is not against consumerism as he explained, “I am not someone who believes that the increase in consumption has been worthless. I don’t think it is a rat race. A lot of what we have now are things make our lives better, I don’t want to stop that but to stop that which is inflicting damage on people around our world. For example, there are huge unsolved problems in relation to climate change and the current upward trends in inequality.” 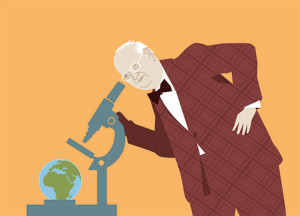 Last week another of the Nobel prizes was announced. The Nobel Peace Prize 2015 was awarded to the Tunisian National Dialogue Quartet for its decisive contribution to the building of a pluralistic democracy in Tunisia in the wake of the Jasmine Revolution of 2011.

The Nobel Foundation described how the Quartet was formed in the summer of 2013 and established an alternative, peaceful political process at a time when the country was on the brink of civil war.

Tunisia has established a constitutional system of government guaranteeing fundamental rights for the entire population, irrespective of gender, political conviction or religious belief.

However, Tunisia faces significant political, economic and security challenges according to the Norwegian Nobel Committee.

It hopes the prize will help contribute towards safeguarding democracy and to be an inspiration to all those who seek to promote peace and democracy in the Middle East, North Africa and the rest of the world.