Home > News > Pope will wash feet of elderly and disabled

Pope will wash feet of elderly and disabled 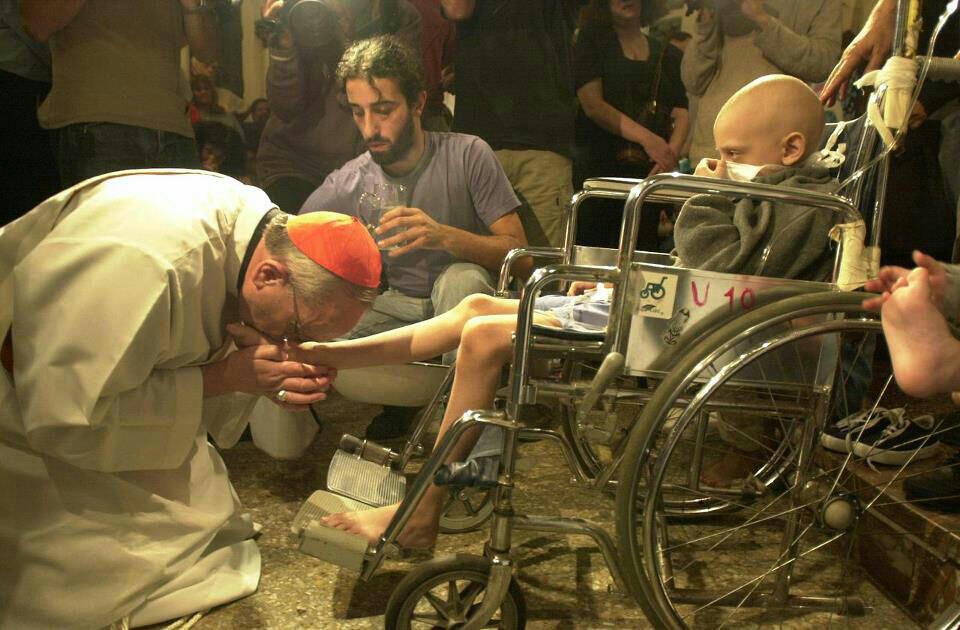 The Vatican announced on Tuesday that Pope Francis will wash the feet this year for twelve residents at a centre caring for those with disabilities and the elderly.

He will preside over the Mass and foot-washing ceremony at the Fr Carlo Gnocchi Foundation’s Our Lady of Providence Centre, a rehabilitation and care centre on the outskirts of Rome for people with disabilities and the elderly.

According to the Vatican press office, both staff and residents will be represented among the twelve selected for the foot-washing ceremony on Maundy Thursday at Coena Domini, a Foundation of Don Carlo Gnocchi – Centro della Maria della Provvidenza.

On Holy Thursday morning the Pope will celebrate the traditional chrism Mass in St Peter’s Basilica as is customary and bless the oils used for sacraments in the Diocese of Rome.

When he was a cardinal in Buenos Aires, the future pope, was known for celebrating the Maundy Thursday liturgy in prisons and shelters for the homeless and sometimes hospitals.

Last year, on Holy Thursday, Pope Francis performed the rite of the washing of the feet in Rome at the Casal del Marmo juvenile prison, where two of those whose feet he washed were Muslim women.